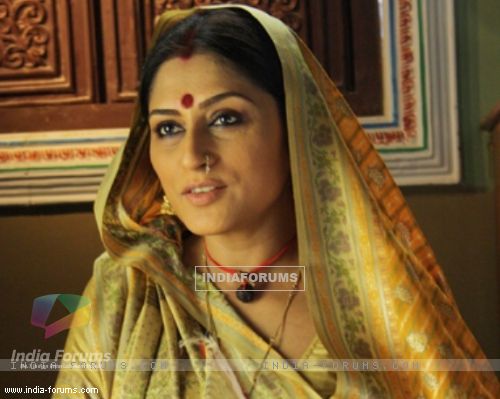 MSM Entertainment had recently launched its new channel Sony Pal where nine new shows that are slated to air on the channel were also launched along with the channel. The makers of the show came in with their finalized star cast for their respective shows, but what made us think was Ekta Kapoor's star cast of the new show Yeh Dil Sun Raha Hain was not present at the launch.
Well, TellyBuzz just got the news that Roopa Ganguly whon was last seen in shows like Zee TV's Agle Janam Mohe Bitiya Hi Kijo and Star Plus' Kasturi has been roped in for the new show to essay the the role of a mother.
The show is set in Bihar and chronicles the struggle of young lovers who fight against all odds and family's opposition to unite with each other. The show traces the life and times of two lovers who are in love but are destined to be apart.
Roopa will be seen play an agyakari and doting bahu but she does a role reversal when she is with her husband.
We tried contacting Roopa Ganguly but she remained unavailable.
Upasana Patel

Harsh.Garg 6 years ago yes Guys this news is Confirmed i also Checked the alll Latest info in this Site... on ItsMeBro . Com

6 years ago Who can forget Roopa as the fiery Draupadi in B R Chopra's mahabharat? I wish we can get to see her in Sony channel

6 years ago Wow!!! Roopa Ganguly coming back on TV. She's one of d most talented actress. Can't wait for this show. Hope she stays for long.

+ 3
6 years ago The show traces the life and times of two lovers who are in love but are destined to be apart.

6 years ago I like the title of this show. It should be air on Sony channel