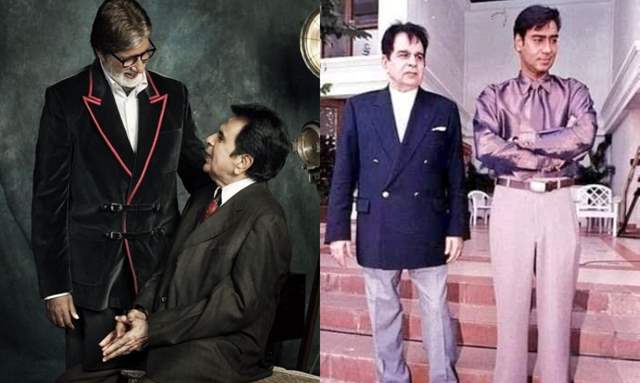 Many Bollywood stars took to their social media handles to pay their last tributes to the actor, who passed away at the age of 98.

Akshay Kumar penned an emotional note on Twitter, and asserted how Dilip Kumar’s demise is the end of an era in the Hindi film industry. “To the world many others may be heroes. To us actors, he was The Hero. #DilipKumar Sir has taken an entire era of Indian cinema away with him. My thoughts and prayers are with his family. Om Shanti (sic),” he tweeted.

Amitabh Bachchan penned a heartfelt note for the late star as he wrote "T 3958 - An institution has gone .. whenever the history of Indian Cinema will be written , it shall always be 'before Dilip Kumar, and after Dilip Kumar' .. My duas for peace of his soul and the strength to the family to bear this loss .. Deeply saddened ..(sic)."

The 98-year-old actor was suffering from lungs infection when he breathed his last. He had been in the ICU for the last few days after complaining of breathlessness.

Dilip Kumar is the star of classic Hindi films such as Mughal-E-Azam, Devdas, Naya Daur, Ganga Jumna and Ram aur Shyam. He was honoured with the Padma Bhushan in 1991 and Padma Vibhushan in 2015.