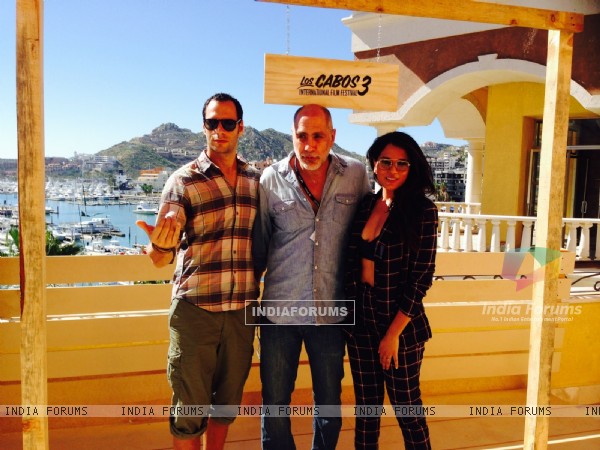 Richa Chadda was the lucky one to have represented India at the famous Los Cabos film festival in Mexico.

Richa is a part of a short film by Mira Nair alongside Rajkummar  Rao and Ram Kapoor which is a part of an ensemble film titled Words with Gods. The film premiered earlier this year at the Venice film festival and earned rave reviews.

Richa was seen sashaying the red carpet in a Manish Malhotra traditional attire. She was seen to be bonding with the creator of the movie Guillermo who is responsible for putting together the film and has also previously directed films like 21 Grams, Babel and Rio, I Love You.