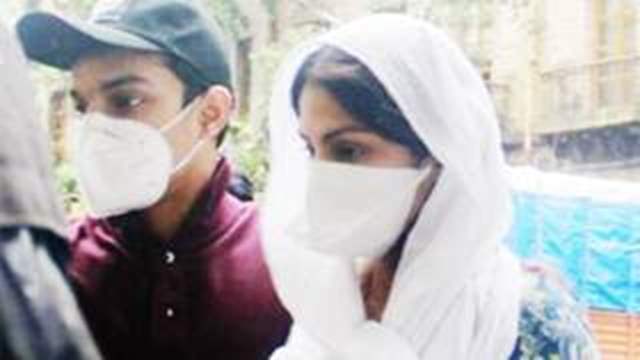 Sushant Singh Rajput’s death case has been handed over to the Central Bureau of Investigation (CBI), who is now investigating the case. The CBI filed an FIR against 6 people including Rhea Chakraborty, Indrajit Chakraborty, Sandhya Chakraborty, Showik Chakraborty, Samuel Miranda, Shruti Modi, and others as accused. They have been charged under various sections of the Indian Penal Code including abetment of suicide, criminal conspiracy, wrongful restraint/confinement, theft, criminal breach of trust, cheating and other offences.

On Friday, Rhea along with brother Showik Chakraborty arrived at Mumbai’s ED office to record her statement in Sushant Singh Rajput's Money Laundering Case. Rhea had left the ED office after nine hours of interrogation and soon there were reports floating that the actress wasn’t cooperating with the ED officials during the interrogation.

However, Rhea’s lawyer Satish Maneshinde has rubbished all such reports and stated that the actress has cooperated with the officials and has nothing to die. Satish Maneshinde told Pinkvilla, “She has been examined and her statement along with her Father and Brother have been recorded. They had all documents in their possession including IT Returns. She’s always cooperated with investigations with police and ED. She’s nothing to hide. In the event she’s called again, she will appear at the appointed time.”

Yesterday, Sushant Singh Rajput’s sister shared a photo of a billboard in California that demanded justice for the late actor. Alongside an image of the billboard, Shweta wrote, “Bhai’s Billboard in California...It’s up on 880 north, right after the great mall parkway exit. It’s a worldwide movement. #warriors4ssr #justiceforsushantsinghrajput #worldforsushant…”