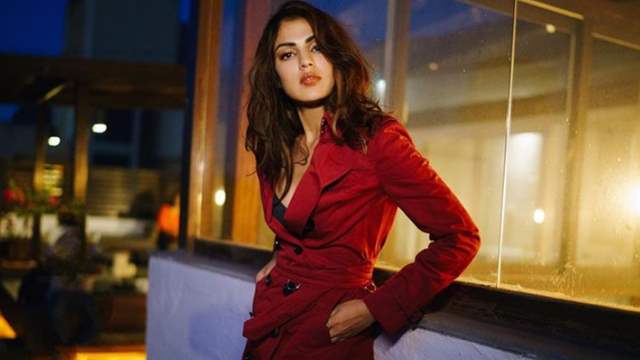 After a dramatic saga of events post the untimely demise of Bollywood actor Sushant Singh Rajput, his girlfriend Rhea Chakraborty will soon be making her comeback in the movies.

Writer - director Rumi Jaffrey, who shared a close relationship with both Sushant and Rhea confirmed the same and stated that the actress will be returning to the silver screen in 2021.

“It has been a traumatic year  for her. Of course the year was bad for everyone. But in her case it was a trauma on another level. Can you imagine any girl from a well-to-do middleclass family spending  a month in jail? It has crushed her morale completely” Rumi told SpotboyE in an interview.

Rumi added, “Rhea will return to her work early next year.”

Rhea Chakraborty came under the scanner after Sushant’s father K K Singh filed a FIR against her for abetment of suicide. Later on, a lot transpired which paved the entry for the Narcotics Control Bureau. Rhea was then arrested and sent to custody at the women's jail in Byculla, Mumbai, under charges of procurement and consumption of drugs. She was granted bail in October.

Filmmaker Rumi Jaffrey shares that he recently met Rhea and “she was withdrawn and quiet. Didn’t speak much. Can’t blame her after what she has gone through. Let the heat and dust settle down. I’m sure Rhea will have a lot to say.”

Meanwhile, a day ago, the Central Bureau of Investigation (CBI) that is probing Sushant Singh Rajput’s death case put out a statement in response to Rajya Sabha MP Subramanian Swamy’s letter and assured that the investigation is currently under process using the latest scientific techniques, cell tower locations are being monitored and no aspect has been ruled out.

2 months ago Comeback in jail, most probably..