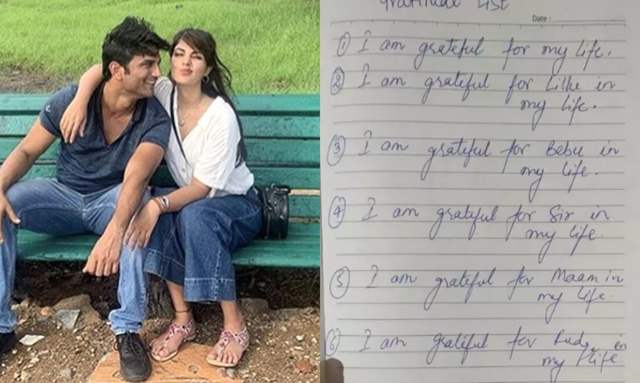 Rhea Chakraborty was questioned by the Enforcement Directorate for over 8 hours yesterday as she was summoned regarding late actor Sushant Singh Rajput's case. His father KK Singh, filed an FIR against her and her family for money laundering and abetment to suicide, and the investigation regarding the same is underway. Others too have been questioned, and along with her, her brother Showik was also summoned yesterday.

While the specific names have not been mentioned, she did go on to clarify how lillu is her brother Showik, Bebu is she herself, while sir and ma'am are her parents. Along with this, she also did share a photo of his sipper and claims that these are the only two things in her possession that originally belong to Sushant. None the less, when was the note written is not known just yet.

Check out the photos: 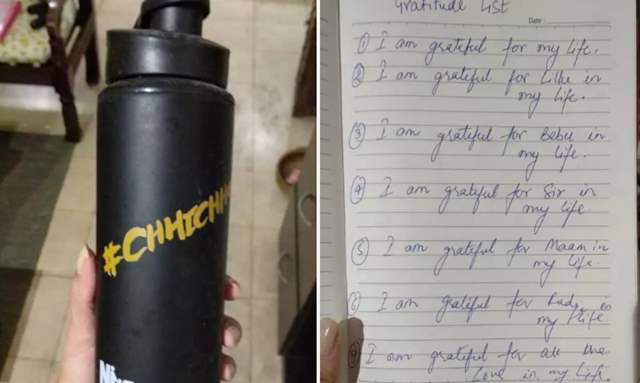 Meanwhile, reports about Rhea not co-operating with ED have also been doing the rounds, however, her lawyer has outright called them out for being false. Among other things, her plea regarding the transfer of the case (FIR filed in Bihar) to Mumbai will be heard by the Supreme Court on August 11, as suggested by reports.

My emotional memory helps me shape my character in Anupamaa: ...
31 minutes ago

Barun Sobti says his transformation for Halahal was 'a bit ...
33 minutes ago