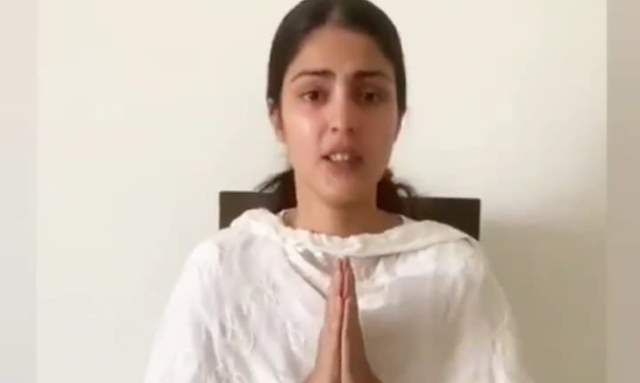 Rhea Chakraborty who has become a prime suspect in late actor Sushant Singh Rajput's suicide case has finally opened up.

On the advise of her lawyer, she has prepared a video wherein she can be seen telling everyone that she will refrain from commenting anything about the case as the matter is now sub-judice and that she believes in the power of justice and has immense faith in the judiciary. She concluded by saying Satyameva Jayate and that truth shall prevail.

Rhea can be seen sobbing and in tears while she makes her statement.

With teary eyes and folded hands, and looking into the camera, Rhea says, "I have immense faith in God and the judiciary. I believe that I will get justice even though a lot of horrible things have been said about me in the electronic media, I refrain from commenting on the advise of my lawyer as the matter is sub-judice. Satyameva Jayate, the truth shall prevail."

luvumjht 2 days ago How fake ! She really cannot act to save her own skin.

xxMATSxx 4 days ago This video just came off pretty fake to me.. she is actress and that came through here. didnt seem genuine at all.

Jasleen Royal Reveals She Has Recovered From Coronavirus
12 hours ago