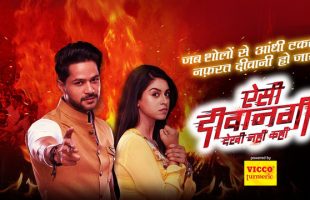 Zee TV's upcoming show, Aisi Deewangi...Dekhi Nahi Kahi is a tale of two completely opposite yet similar people, Tejaswini (Jyoti Sharma) and Prem (Pranav Misshra) in the land of Gujarat.
While the saying opposites attract is likely to gradually come true, the interesting watch here will be how the two actually rise together through their differences, and how two people who once couldn't stand each other can later on go against their beloved parents.
As the show completes one week of airing, we analyse the story, dig deep in the good and bad, and of course, summarize on what we think is the future of the show.
Story so far:
Featured Video 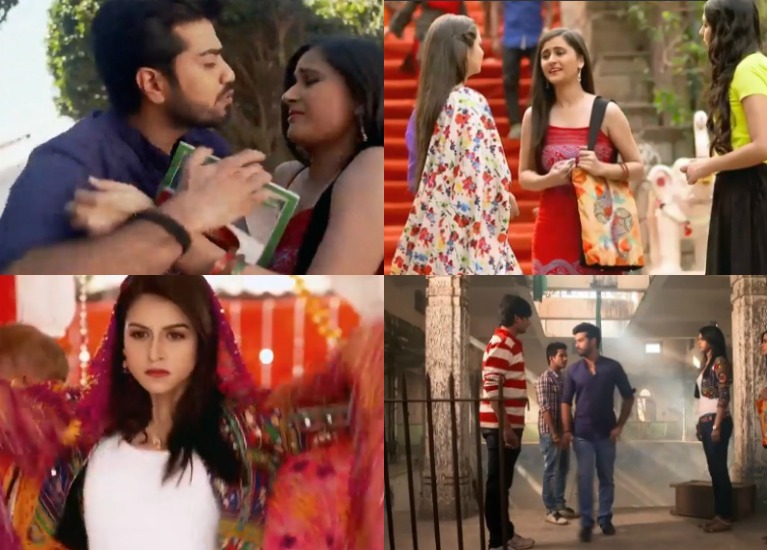 The first episode is totally owned by Tejaswini aka Teja. It starts off with some roadside romeos eve teasing Aarti while one of them forcefully clicks a picture with her and threatens her to meet her in the open spaces behind the classes she comes at or else he would make their picture go viral. 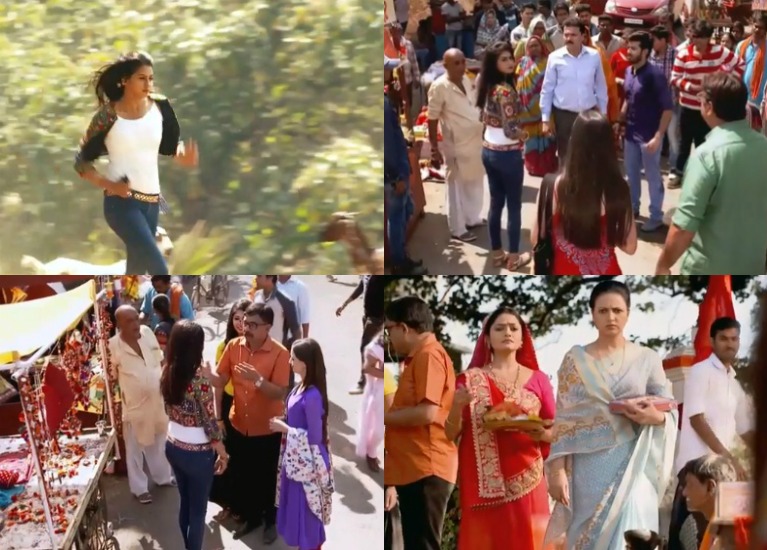 On this, the poor girl feels helpless and as she tells the story to her friends, one of them (also Teja's cousin) suggests her to take Teja's help and what follows is a series of events which gradually proves that she's nothing short of Lady Don. However, amidst all of this, while Teja's mama is extremely happy and everyone rejoices over the victory of the right, they realise that back at home, she has to manage her mom who's strictly against all the social service that she keeps doing. 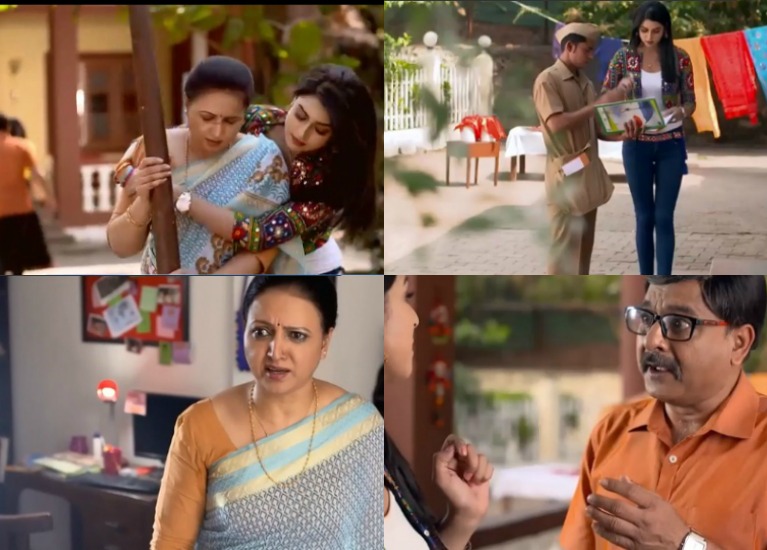 Later on, her mother, as expected is not happy with her samaaj seaw and remains angry upon her. However, one letter in the form of her admission letter changes it all as she manages to get admission into one of the best colleges. But, the very mention of Tejaswini having to go to Rajpipla terrifies her leading to another set of turn of events between the mother - daughter duo. 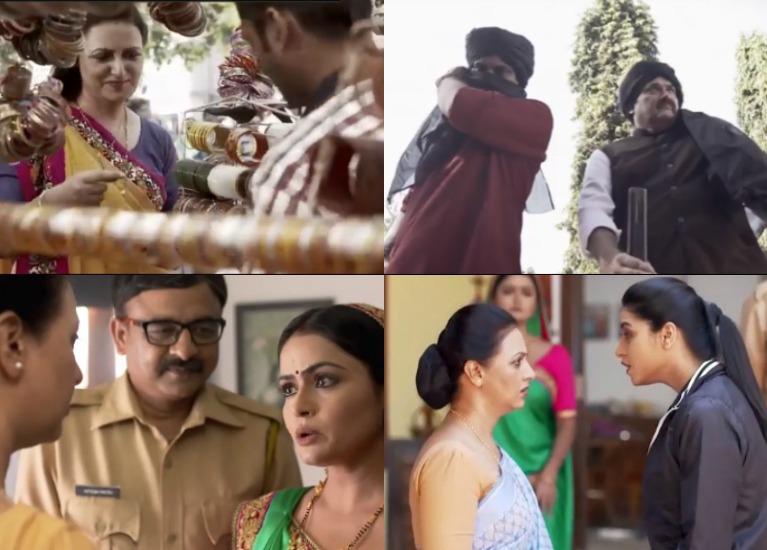 The fact about how Tejaswini's father was killed, and the history that goes back to Rajpipla is hidden from her, and to keep her away from the terror that the city holds, Tejaswini's mother is hell bent on not letting her go. However, while that is one thing, the challenge that now lies ahead is to accumulate money for another college (since she got scholarship and Rajpipla only) which gradually leads to Tejaswini not wanting to do her MBA at such a cost. 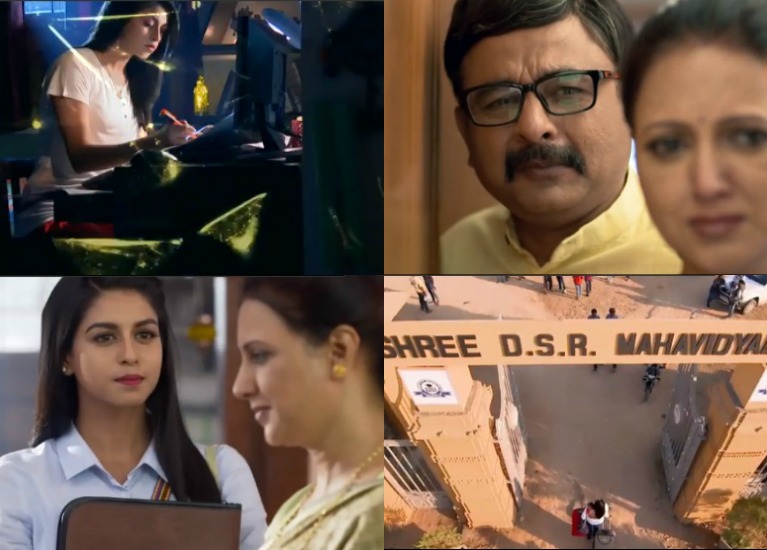 Hence, she decides to rather do a job and there begins her journey to send CVs across various companies. But, her mama isn't in favour of this and does not like this way. The next morning since the letter came, Tejaswini is elated as her mother informs her that she can finally go to the college at Rajpipla. 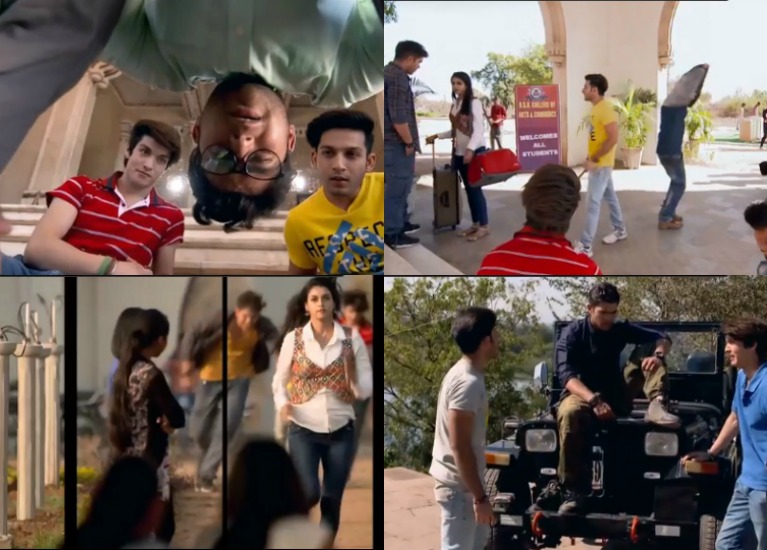 Cut to, the college, and as expected, she fails to see the wrong being done to the freshers and teaches the boys a lesson. And these boys aren't the regular ones, they are the very boys of the once upon a time don, Dharam Singh rathore (Rasik Dave). While everyone is wowed by her camaraderie, her roomies warn her of what she has signed up for her. 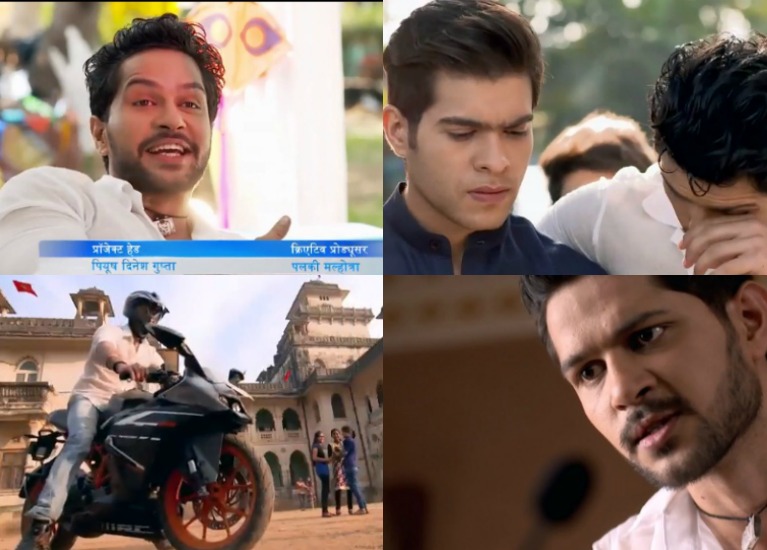 Enter Prem. The cousins tell him about all that happened, and he laughs it off, not giving it much importance because he does not approve of their ragging. Not seeing things turn into their favour, they lie to him about how she spoke ill of his father, which boils his blood. 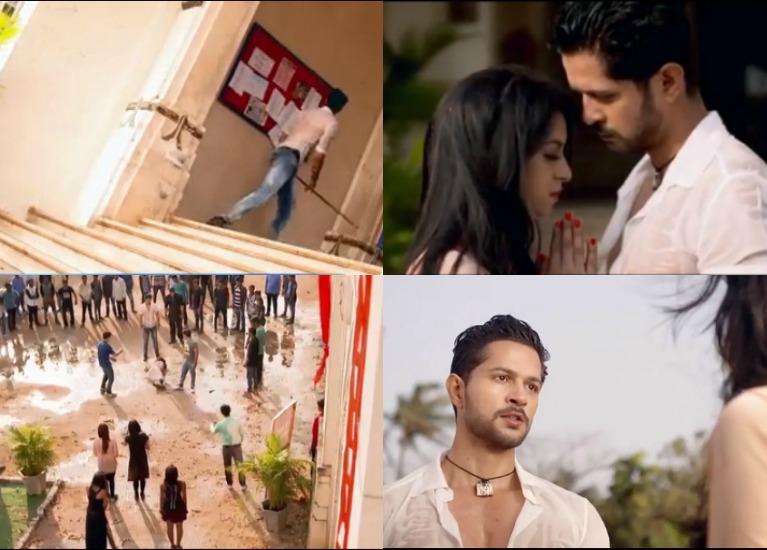 And, that's when we see Prem's wrath fall upon the poor girl who's forced to ask for forgiveness for the sake of the entire college. But, given the strong headed girl that she is, she doesn't let go of it so easily and ensures to make a scene out of it when she sees Prem with her mother and other women from the family in the market. What follows is an events of arguments amongst them. 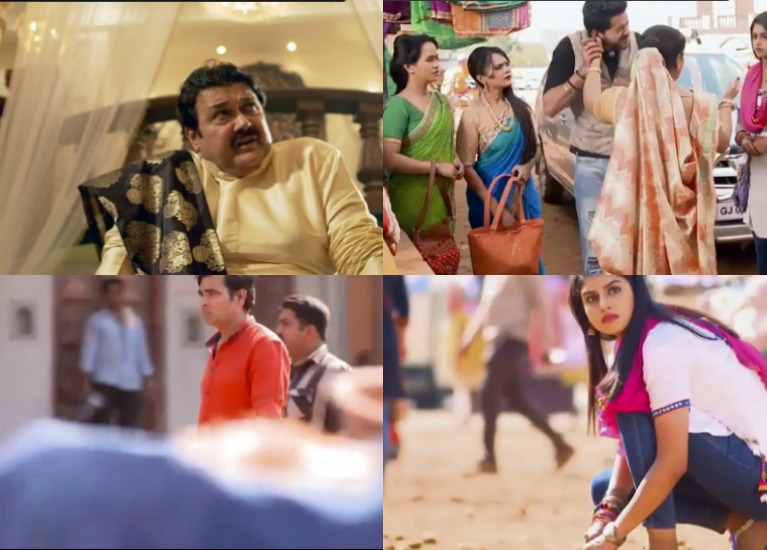 While all this is happening, on the other hand, Dharam Singh is made aware of some man's appearance in the market, who turn out to be the same men Tejaswini sees with the gun. And, given the stalwart that she is, we are sure we will see her be the saviour for the ladies in the episode to come.
Ratings: ***1/2 (3.5/5)
The Good: 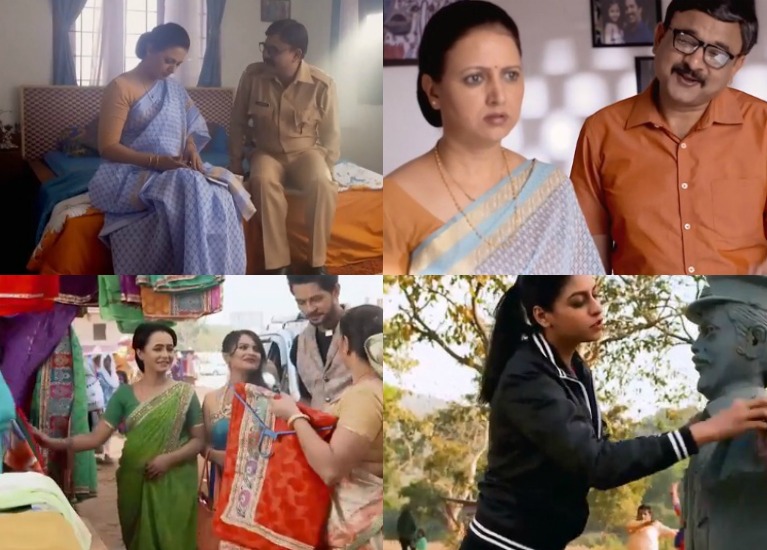 The two of the most important things that the show caters to are, one, social issues and two, family values. Given the fact that the show aims to cater to all age groups, it has all the elements that need to be present for a good watch.
From the looks of it, the show might wreathe a wave of fresh air into the current day saga of daily soaps.
Ratings: **** (4/5)
The Bad:
At certain points, the events that take place might seem to be not realistic, but they can be excused because after all, it is a TV show and some times, going OTT is necessary.
Ratings: *** (3/5) 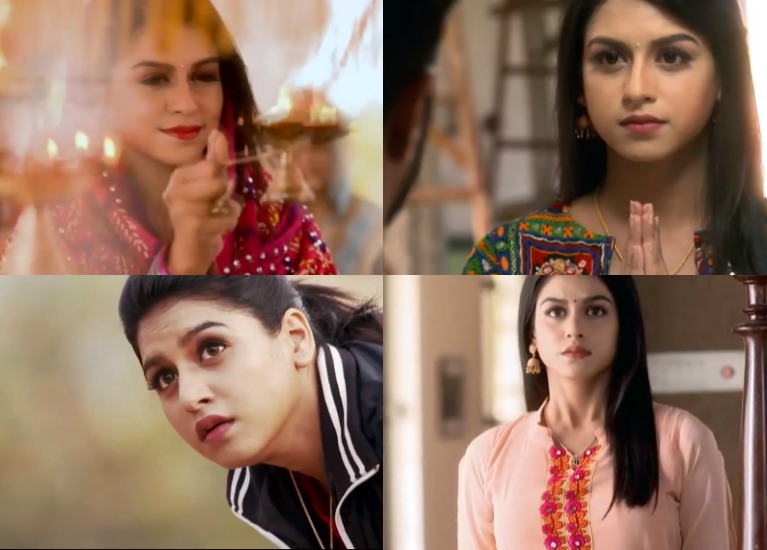 Jyoti Sharma as Tejaswini Mehta is a treat to watch. And, the fact that she makes her debut with this show, her acting prowess is commendable. With time passing by, we are hoping that we'll get to see more shades and stints from the actress. 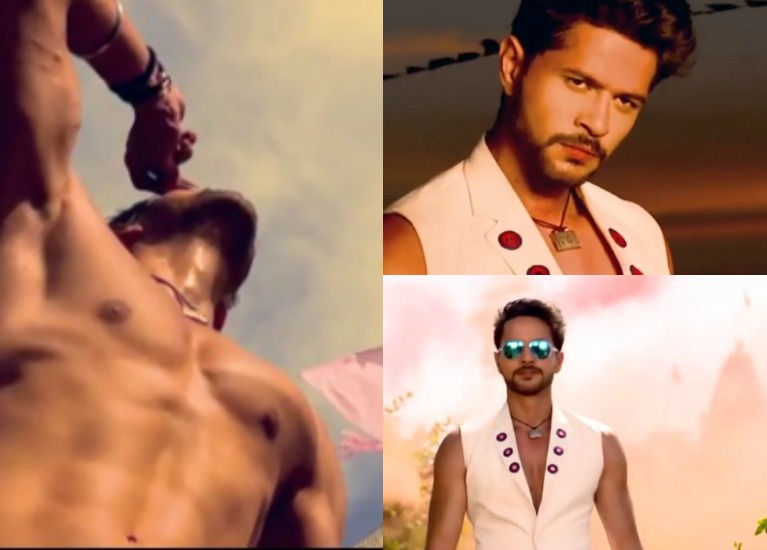 Pranav Misshra as Prem Rathod seems to be the perfect fit for this role. Given the sharp contrast in his real life and reel life dialects, we are sure impressed by the amount of work he's done upon it. His acting needs no scrutiny for though a debut as the lead, we don't think it could have been any better. 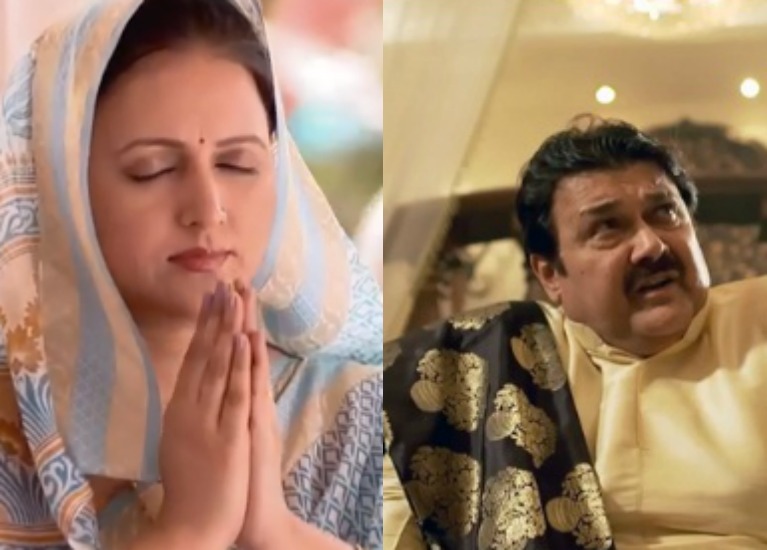 The performance of the veterans along with the supporting cast deserves equal appreciation as they are equally instrumental in taking the story forward.
Ratings: **** (4/5)
Verdict: 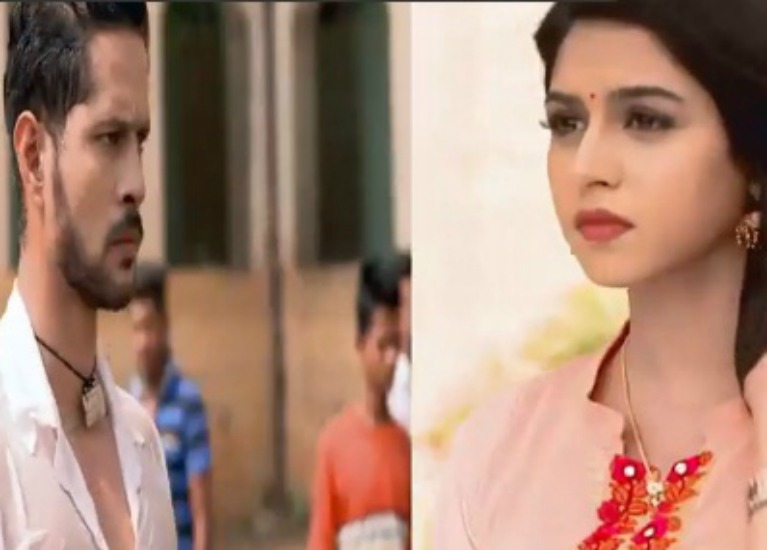 First week into the show, and it seems to have gotten a great start. While we are hoping that the show won't go the saas-bahu way, we also know for a matter of a fact that the entertainment quotient will be maintained throughout.
Aisi Deewangi...Dekhi Nahi Kahi is definitely not just another story of hatred turned into love. It has tashan and thrill for the youth, and entertainment for the elderly; you name it and they sure have it on board.

5 years ago Nice show
Love their story and concept
Keep it up !!!

5 years ago Give it some time. I'm sure it'll return to the usual tropes. They eventually do when TRP becomes everything because God forbid a show that remains true to its script. Good luck to the show not that it's anything new really but it might have its own charm.

5 years ago Its a good show.
Liked their concept

Yasmin786_ 5 years ago Good actors and story seems quite interesting! Will continue watching for sure

+ 5
5 years ago Lovely Show. With Pretty Actress. And Great Story& Cast. All The Best With This New Series.

+ 2
5 years ago Soon she will marry him and become a bahu of his family and family drama starts!!!!

+ 4
5 years ago I just love the first week episodes, They were full of PreJes tashan!

I'm liking this show.
Thanks IF