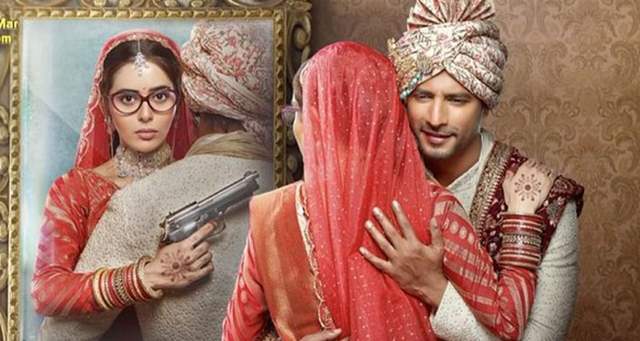 Love stories are meant to be both beautiful and inspiring. But sometimes, they are mired in mystery and secrecy. COLORS’ upcoming fiction show Spy Bahu is one such unusual love story of a spy named Sejal and a young boy, Yohan who is a suspected terrorist. In the twist of fate, they fall in love with each other but there is more to it than meets the eye.

Both Sejal and Yohan are harboring secrets and are about to take a risk that will make or break their relationship. Essaying the powerful character of Sejal will be Sana Sayyad while the handsome Sehban Azim will play Yohan. Produced by Ashvini Yardi- Viniyard Films, the show is two episodes in and we think we like it so far.

Sana as Sejal is an absolute treat to watch. She has all these aspects to her, that is makes it fun to watch and at many levels, one might also find her relatable. She is on her journey to achieve her big dreams, and for most part, we think we love that idea. Her look is also amazing and we must give due credits to the creative team for the same, because it is different and not too much in the face. In addition, she also has this accent, and it doesn't look forced, which isn't something that happens too often.

Next, there is Sehban as Yohan, and while we see shades of his angry young-man avatar as Malhar, he fits the role. The bit in tonight's episode where he goes onto shout at a room full of people and sides with his sister, was done well, mostly. We could complain about the melodrama, but it made for a major part.

The casting of the show deserves a mention. It has some of the finest veteran stars and from what we see, Sana and Sehban's chemistry is sure to grab a lot of attention once it kicks in. In addition, the story is definitely a plus one and if the writers keep the original track intact, it is only going to be interesting. For once, there seems to be a show that I'd like to continue watching.

The set up and direction seems to be good too, even though there are the original tropes of a daily soap all present. The look and feel of the show is good, and it definitely seems to be promising. The added humour is also something that is likely to strike a chord with those watching.

One tiny bit issue here is the approach that the writers have taken. While the show scores big on most aspects, you do wish that there were moments that were more straightforward and even for the twists and turns, they could be subtle down slightly. While it isn't something we hope to see too much of, one will know what we are talking about when they see the show.

For most parts, Spy Bahu on Colors tick marks major boxes that make for a good daily soap. If the mystery element continues to be a talking point and Sana and Sehban's chemistry evolves in a right direction, this show is likely to make it to the the TRP charts just fine. If you are looking for a show on TV that keeps up with drama and has its funny moments, you will like this one. 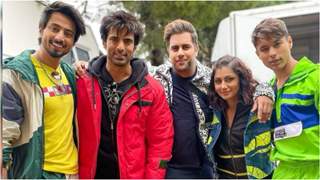 Rajiv Adatia pranks with all the contestants on the sets of ‘Khatron ... 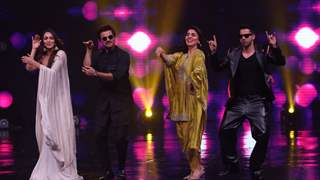 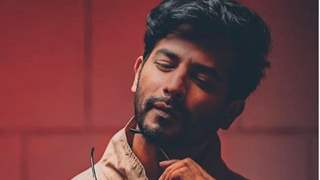 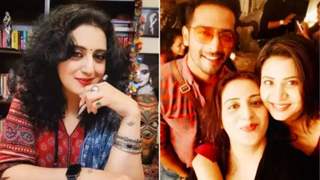 + 7
3 months ago I am enjoying the show so far! It is fast paced, with a continuing mystery that keeps you interested. It has a good cast and a lead pair with good chemistry. The set and dialogues so far have been good as well with a thought through characterisation. This is a refreshing storyline which is easy to derail but has been fabulous so far! Hoping that this good streak continues and the show spans out well! Wishing the team all the luck for opening TRP results coming out on thursday!

+ 7
3 months ago Sana has done a fabulous job picking up a Gujarati accent for her role. So kudos to her

+ 4
3 months ago This show is really outstanding. Production quality, starcast, story writing and acting everything is amazing. Hope the show will not deviate from its unique concept and will remain pacey and gripping.

+ 6
3 months ago Wow This is great. Spy Bahu hope brings audience on 9 pm for Colors. Enough of Cookers Laptop washing drama or those Kidnap Bhagyas ruling the charts.