The Badshah of Bhojpuri films, Ravi Kissen will be soon entering the Bigg Boss house. He was one of the housemates of the first season of the show and is very excited to enter this time too. 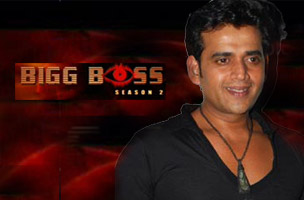 What was the agenda to enter the house in the second season too? “Well I really want to thank Bigg Boss and the audience. After coming out of the house, I have achieved many great things in life. Today I’m getting big movie offers and have become more famous,” he adds.

Ravi was out of station for his upcoming film Ravan? “I was shooting in Kerela but when I received the offer to become a guest in Season two of Bigg Boss, I just could not refuse it. I have taken permission from the producers of the film and have got two days with me.”

He will be performing on the eve of the finale. “I will be shaking legs with Diana on the finale of the show. It’s been long that I danced, so I’m very excited and looking forward to my stint here.”

Did you watch Bigg Boss Season 2? What did you feel about it? “Frankly this season seems to be very depressing. These guys tried to run away from the house in search for food?? Well now I’m entering, so it’s going to be fun,” he quips.

It’s been heard that this is all scripted? “It cannot be. This is a psycho game. In other words, it’s a mind game which cannot be scripted. In the house, housemates are molded in such a way and being under pressure is the only way one can survive. It’s all fun,” verbalizes the actor.

How will you be adjusting with the house mates? “That I can only tell you once I enter the house. I have worked with Shweta in Bhojpuri films and Raja was the Producer there. So I know him well. About the other two, lets wait and watch.”

At the end Ravi states, “I’m very unpredictable and you never know how I’ll react. That is something to be watched for. But again I would like to thank Bigg Boss for giving me this opportunity as I have learned here of how to live life all over again.”

He will be entering the house tonight at 8:00 p.m. Rakhi Sawant and ex-housemate Sambhavna Seth will also be performing in the Grand Finale. It is heard that Rakhi too was offered the chance to live in the Bigg Boss house for two days, but she declined the offer.

Audiences get ready for some real time drama with Ravi entering the house.

~*puja*~ 11 years ago hahaha... this show is nothing but hysterical!

--Princess-- 11 years ago may Allah bless everyone in the house !