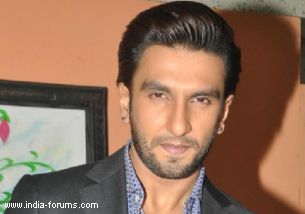 Actor Ranveer Singh, who will be seen with Govinda in his next film "Kill Dil", says he is excited to do a dance number with the latter in the film.

"I am very excited to work with Govinda and he is playing a negative role and its my dream come true to work with him. We also have a dance number together in the film and I am thrilled about it," Ranveer told IANS.

The actor is very fond of Govinda and also paid tribute to him at an awards function.