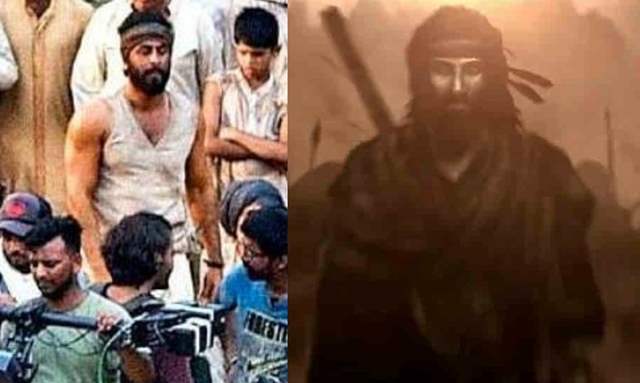 Ever since his debut in Bollywood, Ranbir Kapoor has become the heartthrob of the industry. Not only is the audience a fan of his acting but many of them can’t stop gushing about the actor’s good looks. After portraying the real-life character of Sanjay Dutt on the big screen in Rajkumar Hirani’s Sanju, the actor is all set to act in his first-ever historical drama.

The 37-year-old actor has been making headlines for quite some time now, what with fans going gaga over his relationship with Alia Bhatt and their first-ever collaboration Brahmastra, which is directed by Ayan Mukerji.

Apart from the above-mentioned movie, Ranbir will be seen in a desi, high-octane masala film, Shamshera which is set in the heartland of India. It will have jaw-dropping action sequences with the Barfi actor showcased in a never-seen-before avatar. The movie also features Sanjay Dutt and Vaani Kapoor in pivotal roles.

Earlier this evening the social media went into a frenzy when Ranbir’s look from Shamshera was leaked. In the photos below, the actor can be seen wearing a khaki vest with a gamcha tied to his head standing amongst a crowd of people along with the crew members of the film.

Check out the pictures here:

Recently in an interview, as quoted by Bollywood Life, while talking about Shamshera, Ranbir shared, “Shamshera is exactly the film I was looking for. While growing up watching Hindi commercial cinema, I had an image of what a film hero should be doing. Shamshera allows me to do everything that I had imagined and it’s a very exciting project for me. Karan is going to take me completely out of my comfort zone and I’m looking forward to this challenge.”

Yash Raj Films’ action-adventure commercial film Shamshera stars Ranbir Kapoor, Vaani Kapoor and Sanjay Dutt in the lead roles. Directed by Karan Malhotra, who has helmed movies like Agneepath and Brothers, the movie will be releasing on the big screens on July 31, 2020.