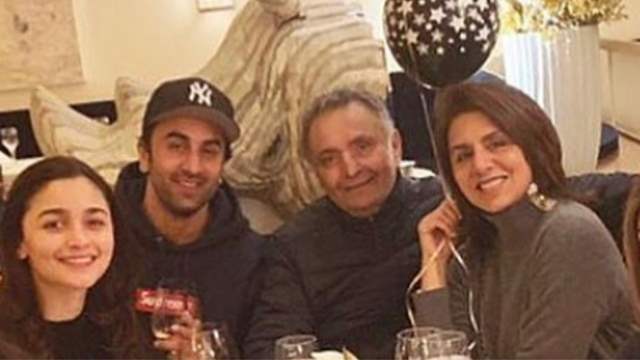 Ranbir Kapoor and Alia Bhatt are building a new home in Mumbai where they will live together after their marriage. Every detail of their home has been meticulously examined by the couple.

According to a news portal report, the multi-story building will now include a special room dedicated to the late Rishi Kapoor. The room will house all of his memories, from his favourite chair to his bookshelf to everything he cared about.

According to the report, Ranbir and Alia put a lot of effort into designing their home. Even Neetu Kapoor has given the couple advice on how to make room for family traditions and keep them intact, as they did in Krishna Raj, their previous home.

Earlier reports suggested that Alia and Ranbir would marry in December. According to another report, they have pushed it forward from December to January 2022. However, no official confirmation has been received from their end.

In terms of work, Alia and Ranbir will appear together for the first time in Ayan Mukerji's 'Brahmastra’ alongside Amitabh Bachchan, Dimple Kapadia, Nagarjuna Akkineni, and Mouni Roy .

Ranbir, on the other hand, will appear in Luv Ranjan's untitled next alongside Shraddha Kapoor. Dimple Kapadia and Boney Kapoor will also play important roles in the film. He has also been cast in Sandeep Reddy Vanga's 'Animal,' alongside Anil Kapoor, Bobby Deol, and Parineeti Chopra.