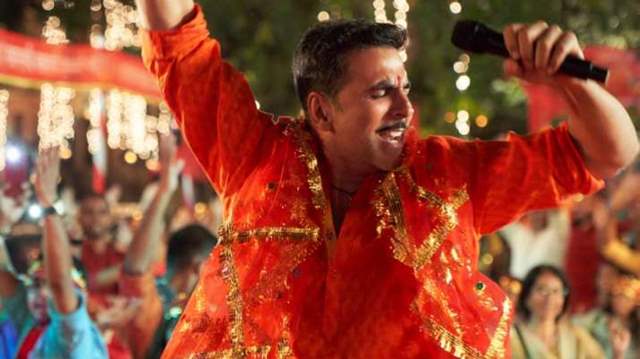 Bollywood actor Akshay Kumar is all set to entertain the audience with his upcoming family drama Raksha Bandhan. The film already made waves with its trailer and first two songs Tere Saath Hoon Main, and Kangan Ruby. And now after these beautiful tracks, it had got the fans wanting for more.

Well fulfilling the same the makers have now dropped another number from the film - Done Kar Do.

In a unique style, Akshay Kumar, Bhumi Pednekar, and Anand L Rai released the song in the UK. The beautiful track is sung by  Navraj Hans while the lyrics are penned by Irshad Kamil. While  Himesh Reshammiya provided the music for "Done Kar Do."  Sharing the song on his Instagram account the Sooryavanshi actor wrote,

The song offered a peek of an enthusiastic Akshay Kumar giving a jagrata performance. The upbeat tune and fantastic lyrics will make you add the song to your playlist.

To note, Raksha Bandhan will mark Akshay’s second collaboration with Bhumi after their 2017 release Toilet: Ek Prem Katha. Raksha Bandhan will be hitting the screens on August 11 this year and will be witnessing a box office clash with Aamir Khan's Laal Singh Chaddha.

+ 8
2 months ago im sick of these fomula-ic movies he keeps signing.