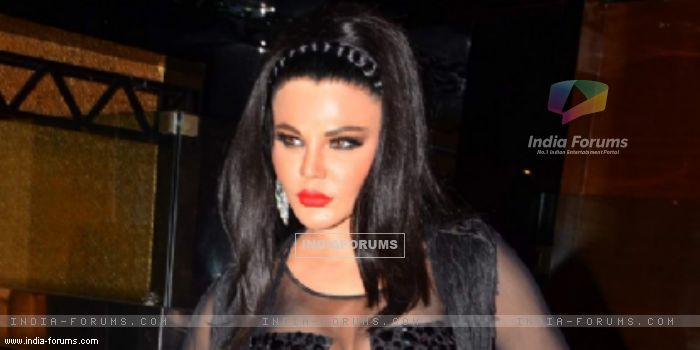 A court in Ludhiana on Friday cancelled the bail granted to controversial actress Rakhi Sawant and issued fresh warrants against her.

The bail for Rakhi was cancelled just a day after the court had granted it to her on Thursday. The court directed that she be produced before it on August 7.

The bail was granted on Thursday after Rakhi appeared before the court and surrendered a day before her hearing. She entered the court wearing a burqa to avoid being detected.

Rakhi is facing a case related to objectionable remarks against sage Valmiki.

The court cancelled her bail and issued fresh warrants after Rakhi did not appear before it on Friday when the regular hearing of the matter was listed.

The court had earlier issued non-bailable warrants against her last month and directed police to ensure her presence in the court on July 7.

Court officials said that the actress had submitted an "unconditional apology" to the Valmiki community for her earlier remarks made on a TV show last year following which a complaint was filed against her with the Ludhiana police. Rakhi got the bail after furnishing two bonds of Rs one lakh each. She later left for Mumbai.

The court had issued non-bailable warrants against her in March this year and a Punjab Police team had gone to Mumbai to arrest her. However, it returned empty-handed as she was not found at her given address.

'Next In Fashion' Cancelled After One Season at Netflix

After All Cancellations, Peabody Awards Are Also Cancelled; Winners To ...

Donal Bisht's Surprise Plan For Brother Cancelled Due To Cyclone ...

Sanjay Dutt's Close Friend Reveals his Condition and How He ...
15 minutes ago

Virat Kohli and Anushka Sharma 'Take a Break' with Instagram ...
16 minutes ago