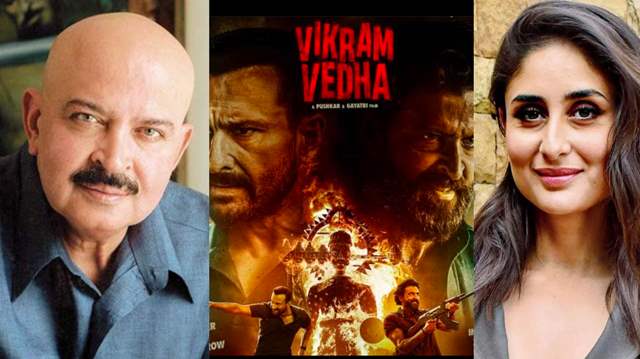 Hrithik Roshan and Saif Ali Khan starrer Vikram Vedha is among the most awaited Bollywood films and the film finally sees a release on 30th September 2022. The film is a remake of Vijay Sethupathi and R Madhavan's Tamil language action thriller, with the same title.

Well, recently a special screening of the film was held for celebrities on 26th and was attended by many noted dignitaries like Kareena Kapoor Khan, Rakesh Roshan and others.

Rakesh Roshan has a reputation for being a difficult critic to win over, thus his approval truly indicates that the film has met all the criteria for being commercially appealing. The director thought Vikram Vedha was fantastic. He tweeted, "Saw Vikram Vedha. Terrific. Credit to director, actors and the team, wow!" Rakesh Roshan's review may have sure calmed a few nerves and instilled the makers with a lot of confidence as their film hits the silver screens.

While Saif's wife Kareena Kapoor Khan shared her review of Vikram Vedha on Instagram stories. Her review read, "Best film, best actors, best directors. What a film. Blockbuster". She tagged the cast and crew of the film in her story too. 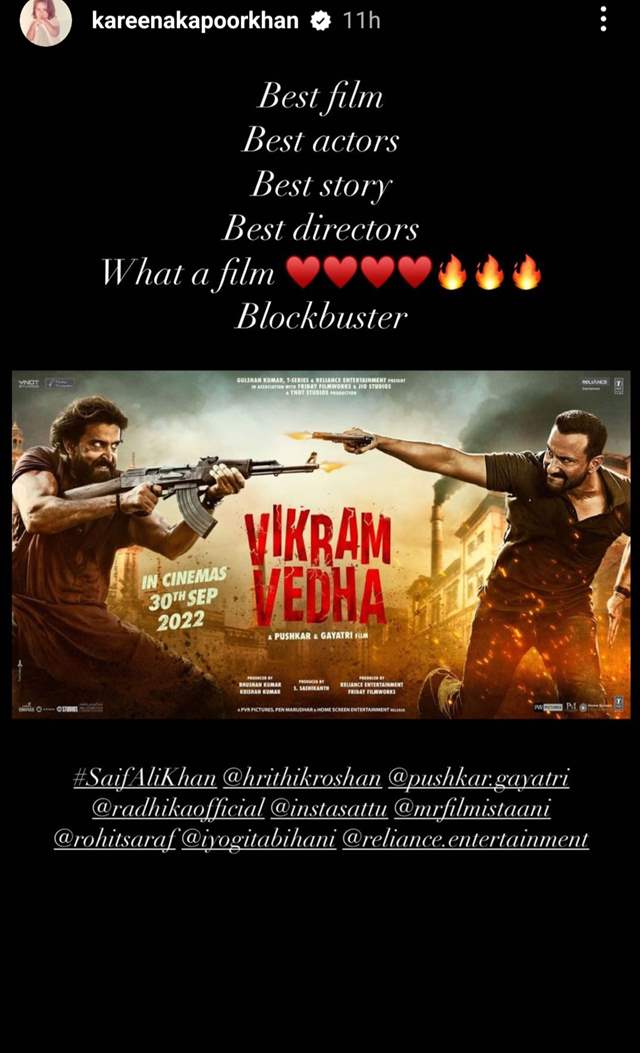 Saif Ali Khan, after Vikram Vedha, will be seen in Om Raut's Adipurush, co-starring Prabhas, and Kriti Sanon. The film is scheduled to release on 12th January 2023, on the occasion of Sankranti 2023. Hrithik Roshan has already started working on his physique for the aerial action film Fighter, directed by Siddharth Anand and co-starring Deepika Padukone and Anil Kapoor.

+ 7
2 months ago hope this one lives upto the hype.. though i am not sure caz the originals has such a special place