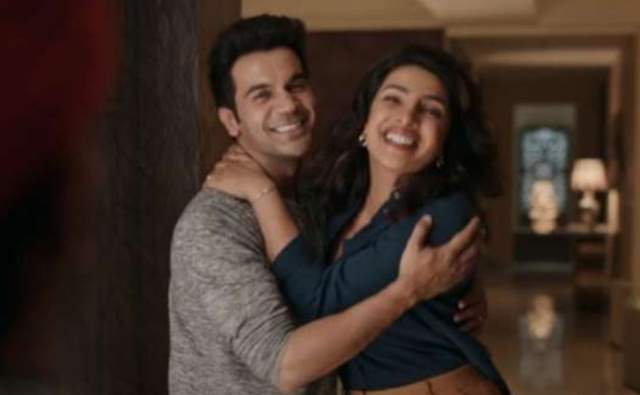 The wait is finally over as the highly anticipated and one of the biggest releases of this year, 'The White Tiger' has finally released in Indian today on OTT platform, Netflix. Starring Rajkummar Rao and Priyanka Chopra Jonas in the lead for the very first time, the film is directed by Ramin Bahrani and is based on Booker Prize-winning novel by the same name by Aravind Adiga.

Revolving around the story of an ambitious driver of a rich Indian family, who uses his wit to escape from poverty and become an entrepreneur. Making a lot of noise with his powerful performance in the film is Rajkummar Rao who has impressed both, the critics and the audiences worldwide.

Meanwhile, another popular Hollywood publication praised Rao saying, "Charismatic Bollywood star Rao deftly balances a Western-schooled urge to tell himself he's a fair-minded man with the unmistakable air of privileged entitlement, reverting to type like his father when in a tight spot."

In addition to this, a leading portal wrote, "This adaptation of Aravind Adiga’s 2008 Booker Prize-winning novel is a darkly comic thriller-parable of India’s own breakneck economic rise."

Gourav is valuably assisted by Rao and Chopra, whose characters’ attitudes towards their employee is relentlessly enraging-in-a-good-way – sometimes they’ll treat him like a beloved rescued stray and sometimes like a recalcitrant donkey, but never like the equal they keep piously insisting he is."

Humbled with all the love coming in, Rajkummar Rao said, "I'm so happy to learn that people are liking my performance and the film so much. The White Tiger is an extremely special film, and it was a great opportunity for me as an actor to be a part of it and give it my best shot. I want to thank everyone for sending out so all their love. I feel truly humbled and blessed."

Apart from this,  Rajkummar Rao will be next seen in the highly anticipated horror-comedy 'Roohi Afzana' with Janhvi Kapoor this year. Currently, he is shooting for “Badhaai Do” with Bhumi Pednekar.