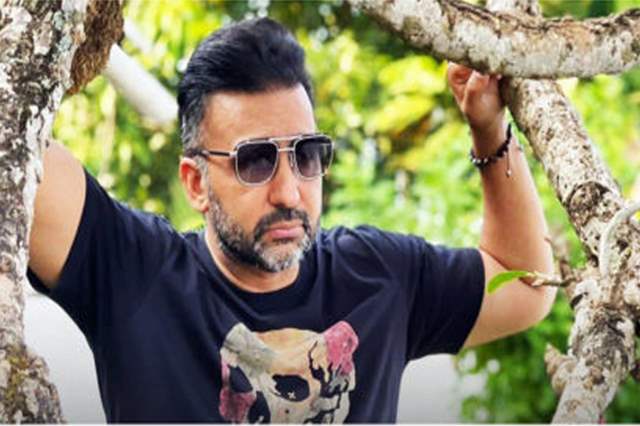 Yash Thakur, also known as Arvind Srivastava has now come out to make his clarification followed by an array of allegations that were placed on him in the on-going Raj Kundra pornography case. Thakur has denied all the allegations paced on him and he further also said that he is a victim of extortion. In a letter sent to the Mumbai police, Thakur through his lawyer has said that he has filed an application in the magistrate court requesting to unfreeze his and his family's bank accounts.

In a letter sent to the Mumbai police, Thakur through his lawyer has said that he has filed an application in the magistrate court requesting to unfreeze his and his family's bank accounts. He further claimed to ETimes that he was getting extortion calls with regards to his association with the Nuefliks company, “I was getting extortion calls since January 2021. I told the caller that I am not the owner of the company and I cannot pay. I was threatened to be framed and later all this happened in February.”

It has been alleged that Thakur played a key role in the distribution of adult content that was produced by Kundra's company. Denying all that, he said, “I have clarified through my lawyer that Nuefliks is a US based company and I was hired as a consultant. I have never spoken to Raj Kundra or any of his associates.’’ Thakur has also clarified that he has not entered into any transaction with Kundra or his associates.

He also said that the the senior inspector of police who has arrested Raj Kundra is trying to drag him in the case where he is in no way concerned with any of the transactions or acts of Kundra and his firms. Also there have allegations that Thakur was involved in the distribution of 90 pornographic films in Uttar Pradesh and Madhya Pradesh in the last two years. Thakur says, “It is a wrong allegation. I do not own any company. I am an IT consultant and design OTT solutions and I have submitted documents to support my side along with the audio bytes. If they still want to frame and press charges then I cannot help. This documental proof will stand in court.”

As one would remember, recently, actor Gehna Vasisth in a recent interview had alleged that the police asked her for bribe and that Thakur’s name had cropped up in a WhatsApp chat recently. Thakur says, “I have heard Gehana’s interview where she has mentioned the police asked for money and that is true. She arranged some money. Her lawyer told me that the police were demanding money and asked me if I can arrange some more money as Gehana could manage to arrange only Rs 6 to 7 lakh.” He adds, “About 10 to 15 lakh was demanded as per the call from her lawyer.”

1 months ago Okay but why was Raj Kundra messaging some influencers on Instagram to join his hotshots? Pretty unprofessional no? Check Kaurrbeauty’s YouTube vid.