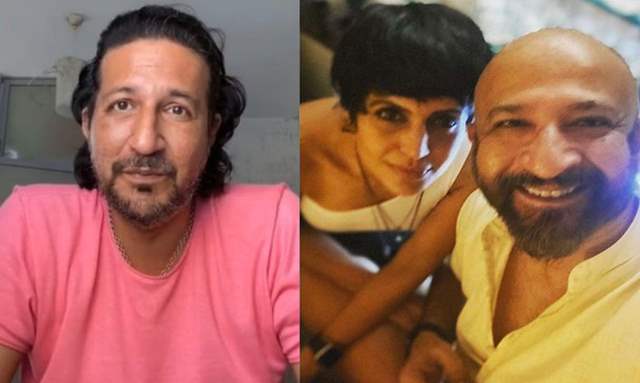 Bollywood filmmaker and Mandira Bedi’s husband Raj Kaushal's sudden demise was a shock to the entire film industry. Many actors and filmmakers shared their condolences with his wife and some even penned heartfelt notes remembering the loving soul.

Kaushal passed away at the age of 49 on the wee hours of Wednesday (June 30). The producer suffered a cardiac arrest while he was at his home when he passed away.

Prior to his death, the actor-turned-producer socialised with his friends - Zaheer Khan, Sagarika Ghatge, Ashish Chaudhary, Samita Bangargi, Neha Dhupia, and Angad Bedi - in a get-together party hosted by him on Sunday.

However, it was on Tuesday evening that the tale of horror began.

A recent ETimes report, quoted music director Sulaiman Merchant who was a friend to the couple and was at their bungalow Rama last evening revealed, "Raj was feeling uneasy in the evening".

He continued, "Well, he took an antacid tablet." Time rolled by into the night, and around 4 am, Raj, felt more uneasy. Raj told Mandira that he was getting a heart attack. Mandira acted swiftly and called Ashish Chaudhary, who rushed to their place. Mandira and Ashish put him in the car but he was losing consciousness.”

Sulaiman Merchant further added, “I think they drove off, taking him to the Lilavati Hospital if I'm not wrong. But in the next 5-10 minutes, they realised that he had no pulse. Before they reached the doctor, it was too late."

Sulaiman further informed that Raj had suffered a heart attack once before too. "I think he was 30-32 then. But they took a lot of care after that attack, and he'd kept fine since then."

Sulaiman spoke fondly of his departed friend and mentioned that "I have lost a friend of 25 years. I knew him since the days he was assisting Mukul Anand on 'Dus'. I had gone to his house once during the pandemic, many months back. Salim and I gave music to his first film 'Pyaar Mein Kabhi Kabhi'.”

The music director revealed of being in frequent touch with him. He continued, “When we were going to start our album 'Bhoomi 2020', he offered us his bungalow in Madh island, which he rents out for shootings but eventually we didn't shoot there," Sulaiman relayed, adding, "It doesn't get more shocking than this".