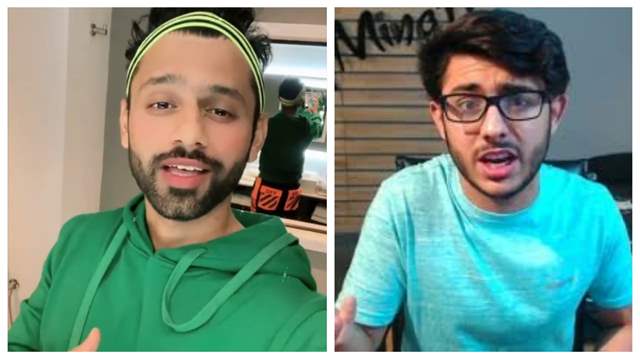 One might not have expected Bigg Boss 14 to be in the news again given how it has already been a while since the last season ended but thanks to YouTuber CarryMinati, it is indeed back in news.

CarryMinati has lately developed the image of being more controversial than ever where first his roast if TikTok garnered massive debate but led to being advantageous for him too.

Now, the man was back and this time he went in to roast Bigg Boss 14 and the many things that happened during the season. One would have expected a lot of the contestants to respond to the same but while so far, not many have, singer Rahul Vaidya decided to respond himself.

+ 4
4 months ago Heights of insecurity. Other contestants were also roasted by nobody reacted except him. Lol