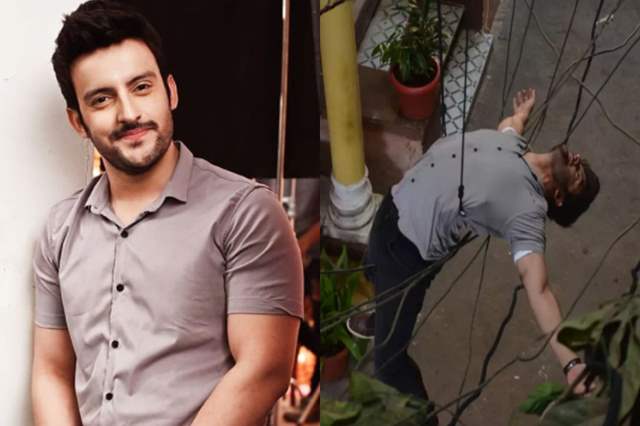 As we all know, that injuries are indeed a part and parcel of shooting everyday and we have witnessed multiple actors over the years face several injuries - while at times some of them are not as serious, some others have been rather devastating to say the least.

Actor Raghav Tiwari, who is currently seen in Hamariwali Good News went on to suffer one such injury which fortunately belonged to the former category. Talking about it with ETimes TV, Tiwari said, “Thankfully, I didn’t suffer from any serious injuries and I am currently shooting for my track. I got bruised on my back, knees and feet. The doctor said there isn’t much to worry about and that my injuries will heal soon.”

He also mentioned that he loves action sequences and won't hesitate to do any stunt again. “I have always enjoyed doing stunts. In TV shows, very rarely do we get a chance to perform stunts, so when this opportunity came up, I just couldn’t say a no. I wanted to do it myself. I have been craving to be a part of some real action sequences for a while now and these small scenes on TV also make me happy," he added.

Asking how it happened, he said, “For the ongoing track, I had to do a scene in which I am fighting my ex-wife's current husband. During the fight, I had to slip from the terrace and fall on the ground. I was tied on a harness while shooting. I had to fall to the ground from the terrace and when you see me on screen, I fell through a lot of wires, which gave me bruises on my body. I have a little pain in my knee and back. While doing it, I knew I could have hurt myself a little, but I didn’t mind that.”

We wish he is indeed okay and recovers faster.