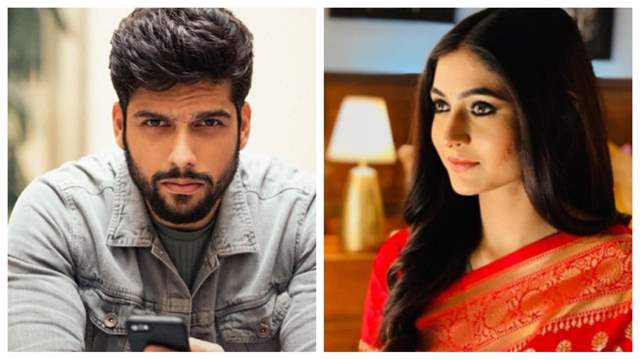 Star Plus show ‘Mehndi Hai Rachne Wali’ is getting a lot of love and adulation from the fans. The show has become quite interesting as Mandar has made a dramatic entry in the show while Raghav and Pallavi have started falling in love with each other. In the previous episode, Pallavi got Raghav admitted in the hospital and also arranged for blood from a blood bank. Mandar followed Pallavi to the hospital as he wasn’t able to see her.

Ved gets Sunny bailed out. Sunny asks about his real motive behind the favor. Ved tells him that he will inform him later.

Mandar asks the hospital receptionist about Pallavi. She tells her that Pallavi has gone to the fifth floor. Mandar goes upstairs to see Pallavi but with the turn of events he isn’t able to meet her. It is revealed that Mandar gets anxious after listening to the name ‘Pallavi’.

Pallavi enters Raghav’s room and find him conscious. Raghav fails to remember Pallavi. Doctor informs Pallavi that Raghav is facing partial memory loss issue and he doesn’t remember Pallavi at all. Pallavi gets shocked and breakdown in tears. She recalls all the moments spend with him. Pallavi visits the room again and finds out that Raghav played a prank on her along with the Doctor. Pallavi freaks out. Later, Krishna makes Pallavi realize about her love for Raghav. Initially, Pallavi denies her feelings but later gives in and decides to express her feelings to Raghav.

In the forthcoming episode, Pallavi will confess her feelings to Raghav.

2 months ago This man is quite infuriating but I personally laughed when I found out it’s a prank. Prankster RR is a treat to watch, infact, since he’s so layered, anything he does actually flies. Pallavi should definitely play another prank to make it even. Let him also taste his own medicine 😂

Forlife 2 months ago This is why Pallavi need jhadu,belan,wiper etc. Raghav seriously gave a mini heart attack to viewers as well. Planning such a mess of a prank when your wife is literally feeling restless and helpless. Man deserved a good beating session there.🤪🤪Shivangi Khedkar portrayed Pallavi's outburst so well. That was much needed and well executed. 👏👏

2 months ago Very bad joke Raghav 👿 poor Pallavi was scared 😥 sunny is out of jail 😡 Excited for upcoming episodes. Shivangi khedkar and Sai Ketan Rao are doing great job as Raghvi in MHRW ❤

+ 4
2 months ago Highlight of Today's episode was the prank of memory loss by Raghav on PallaviBoth Sai Ketan Rao and Shivangi Khedkar nailed the scene with their performance..

2 months ago You just wait Raghav, there will be revenge for sure from Pallavi, then you will cry like a baby. Sai Ketan Rao and Shivagi Khedkar always rock as Raghvi in Mehndi Hai Rachne waali.

2 months ago Poor Pallavi. Sai Ketan Rao and Shivangi Khedkar are doing a fabulous job as Raghav and Pallavi.

2 months ago Sai Ketan Rao as Raghav and Shivangi Khedkar as Pallavi are doing an amazing job with convincing acting. Yes, Raghav was pretty mean to prank Pallavi like that, but they both did act great. I want the Don wala Raghav soon. Hopefully we’ll get him. Mehndi Hai Rachne Waali is the best show on Star Plus.

2 months ago I don’t even know what to say about this prank but Sai Ketan Rao and Shivangi Khedkar are absolutely terrific as Raghvi in Mehndi hai rachne wali.

+ 3
2 months ago Aisehi thodi na jhadu ki maar khata hai ye aadmi. Aise pranks kon karta hai. But jo bolo even if it was a prank Sai Ketan Rao nailed it and Shivangi Khedkar's acting during Pallavi's outburst was extremely convincing. It was a much needed outburst.