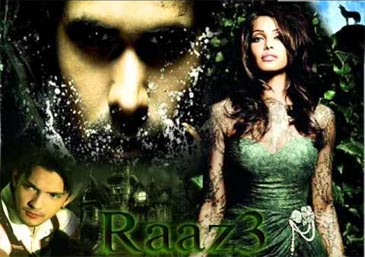 Bipasha Basu has finished shooting for "Raaz 3". She says though it has been a tough project for her, her worries were eased by the filmmakers.

"'Raaz 3' was a tough film for me but with Vikram (Bhatt) and (Mahesh) Bhatt saab's correct guidance, I think I have nailed my character! Loved working with Vishesh Films after so long! Felt like home," tweeted the 33-year-old stunner.

Meanwhile, the first look of her debut international project "Singularity" has been released, and unlike most actors who appear in cameos in foreign films, she seems to be having a meaty part in the movie.

She plays a Maratha warrior in the movie, and will be seen alongside American actor Josh Hartnett.