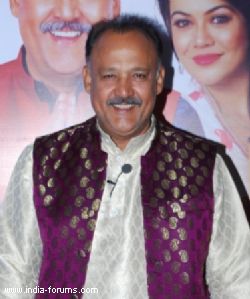 Alok Nath who has stolen the hearts of the audiences' by his babuji roles in movies like Hum Aapke Hai Kaun?, Hum Saath Saath Hai, Maine Pyaar Kiya to name a few and has won hearts of the teenagers through the Twitter 'babuji' jokes that are trending around a lot these days. Alok Nath will yet again be seen as babuji in SAB TV's Tu Mere Agal Bagal Hai talks with Tellybuzz regarding his first stint in a comic role, his reaction on the Twitter jokes, changes that he has seen in TV as well as films that are very much evident these days and a lot more.

What made you to opt for a comic show like Tu Mere Agal Bagal Hai and how apprehensive were you in doing a character like this?

I made my debut in comedy genre in last three decades. I think this show landed in my lap because of all the twitter jokes that are trending which got extremely viral and which forced me to believe that â€˜No Alok Nath', you do have a comic bone still alive in you so I decided to take up this challenge. Honestly, I am quite enjoying it. Initially I was apprehensive not from my point of view as an actor, but the acceptance of the audiencesâ€™ of Alok Nath doing a comic role. But I believe all the jokes that became viral on twitter about me has given me a sign of positivity. What I could not do with myself, with my personality, with my character, other people did it. They found something different in a very comical slant about me which I was never aware of. So I thought if they are working so much on me, mere jaise sanskari, mere jaise serious actor me se unhone kuch comic dhoond liya, they have definitely done a major work for me and made life simpler for me. I have to do just an extension of that babuji in this particular serial and add pinch of comedy in it and I think my job will be done.

Though it is a comedy genre, you are going to be called babuji again. Would you have preferred any other role because you are debuting with comedy with this show?

Because of the kind of work I have been doing and being given a stamp of babuji because of the twitter jokes, I think it has become a brand by itself. Anything associated with an elderly person saying something nice not maybe for your generation is associated with babuji. I think one should play along. Not forcefully deviate from what is happening and should go with the flow. All of us will get the reactions for our performances immediately. When we shot the pilot episode in front of the guest audiences', who were not â€˜bought audienceâ€™, they laughed loud seeing what I was doing. We had to actually stop in between for the laughter to subside for us to carry on. That gave me a lot of inspiration and confidence that maybe I can carry this well. But then time will tell how good I am doing amongst the audiencesâ€™.

People might say this guy is just making a fool out of himself or they might like what I am doing and appreciate that I have attempted to do an altogether different genre. Weâ€™ll have to just wait and watch.

Have you given any special inputs to your character from your side to enhance the role that you are essaying?

Definitely! As far as my comic knowledge goes which is limited (laughs), I will have to depend on a lot on the writers and the directors. All of my co artists are so good; they are so funny, so they inspire you.

One is a very aggressive comedy where you put yourself into it, make weird funny faces. The other is natural comedy like situational comedy. You do it with Ã©lan. The writers of the show have done an excellent job that even with a straight poker face you say a dialogue, it will come out funny. So you do not have to make a conscious effort to do a comedy role. 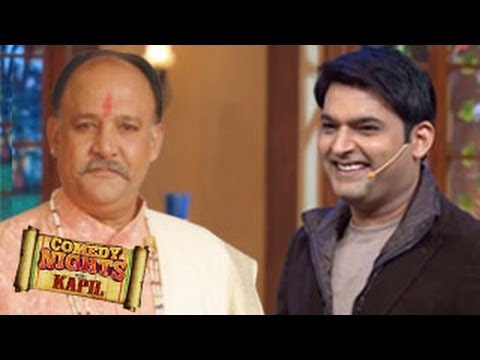 Personally, from which comedian are you inspired much?

I am very much inspired from Mehboobji and talking about todayâ€™s comedian then I am inspired from Paresh Rawal. If we talk about stand up comedy, Kapil Sharma has inspired me a lot. He is doing an amazing work on his show. Usme ek nazaakat bhi hai, seekh bhi dete hai aur us hadd tak nahi lekar jaate hai comedy ko jaha wo ashlilta ke region mein pahuch jaye.

You have been in the industry since a very long time. What kind of changes do you come across when the style of work, concepts et all is concerned?

There have been changes in every sector of work not only pertaining to television. Major changes that I have come across being a part of this industry are the kind of work which we used to do earlier was very limited. But today it has spread like fire. Budgets achche ho gaye hai, shahi sets lagate hai ab, the look has become very elegant. Besides these if people start working a little more on scripts fir toh sone pe sohaga ho jayega. Churning out itna zyada ho raha hai ki logo ko shayad is wajah se time nahi mil pata hai. There is one drawback that today we cannot work with that kind of concentration which we used to work with earlier. Earlier for weeklies we used to take two days to shoot whereas today we have complete shooting an entire episode in just one single day.

Is the show inspired by Colorsâ€™ Comedy Nights with Kapil in any manner?

I wouldnâ€™t say inspired by Comedy Nights with Kapil but people might find similarities between Comedy Nights and Tu Mere Agal Bagal Hai. Kapil plays a narrator in his show whereas in our show it is the script. It is the whole scenario, amalgamation of the entire cast, shades of this cast amalgamating and interacting with each other and it also has a slight theatrical approach. We also have live audience like the Kapilâ€™s show but with us we literally have the participation of the audiences' like 'theatre dramaâ€™. We are not calling people on stage like his show. And even if there is an inspiration, I do not think it is a taboo. It is a beautiful thing.

What do you have to say about the change that is evident in movies these days?

With movie, one thing that is radical which I have noticed as a person is that the influence of the west is very strong in our movies today. Why? Because the subjects have been very western. Almost 80 percent of the movies are shot in abroad. The influx of heroines coming into India and getting casted in Hindi films and talking English, itâ€™s sad. We have so much of beauty in our own country. We have so much of talent in our country that you have to import heroines. The subject has become so westernized and the way Hindi is spoken, they use accent in Hindi too. At the end of the day it is a business after all. Such films are also doing well. People definitely want to come up with good stuff but they also have to earn money. Ek jo warmth thi, Jo garmahat thi hamari Hindi sabhyata ki, wo thodisi amiss hai aaj kal ki filmo main. Mai samajtha hu jaise Rajshree ki filme banti thi, uska daur khatam ho gaya hai. But the trend which is amiss in cinema is still present on television. We still have daily soaps promoting joint family, goodness of living together.

TellyBuzz wishes Alok Nath all the good luck and success for his future ventures!

PremeerKash 9 years ago priyanka, srk and anushka looked the best in my opinion. . . and i think kangana's dress was so wierd!!!!

dreamer_dreams 9 years ago is that really malika sherawat??
i cant believe it!

priyanka looks fab
so does anushka...sari really suits her

and srk is a simply charming in watever he does

spiritcrimson 9 years ago Anushka looks the best. Really beautiful and graceful. I absolutely loved her saree! It's gorgeous! &lt;3

Mallika is looking a bit OVER COVERED!!! lolzzz

sereaishitedare 9 years ago Malaika Khan looked fab in my opinion. The only thing I would have altered would be her clutch. Swapped it with a bright one for that pop of color =P