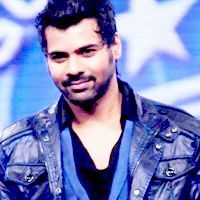 Shabbir Ahluwalia claims he was never out of action. That is partly true since the actor had just gone behind the scenes for couple of months to don the garb of a producer. His production house Flying Turtles produced Television shows like Savdhaan India @11 and Savitri along with producing a Hindi film Zanjeer.
"But I was cringing to get back to acting," maintains Shabbir who is playing a Rockstar named Abhi in Kumkum Bhagya on Zee TV. He has been an actor in Television and Films both and we ask him what does he enjoy the most? "For me the medium doesn't matter but I want to do roles which have a connect with the audience so I will not do a film or a television show just because I want to work in them but for a role that I enjoy. If I feel that I can justify myself in that role than I will do it. When you are in Television you can choose the role and decide whereas in films the script comes first and the role probably doesn't appeal to you so I do what I feel from my heart and will do work that appeals to me. And I never disappeared from the scene... I was very much part of the entertainment industry but as a producer," clarifies Shabbir who does not want to term this acting assignment as a comeback.
So how was his experience as a producer, "Well, when I was producing I was very busy with production. When I started my projects I realised that it takes a lot of commitment since I was completely tied up behind the camera. I have learned a lot which I cannot put in front of the camera and it is all behind the camera only so none of that experience will really help me as an actor but as a producer you learn everything that there is! You have so much more in terms of responsibility and hats off to people like Ekta Kapoor, Shah Rukh Khan and Farhan Akhtar who are very professional as producers since it is a tough ballgame."
With his experience Shabbir has gained a new found respect for producers and is happy that as an actor he has always been co-operative, "I have learned that there are too many responsibilities as a producer. There is no show that had me leaving the show mid-way, nobody has said I create any problems because I come from a background that is not from a film line so when you start from getting small roles and see small successes which then become bigger roles they have really helped me. As a producer it is an eye opener as to how much more goes behind all this and I really value the production department even more now and not just the producers. It is the least paid department and if everything goes right they don't get the credit but if anything goes wrong they are the first to be blamed."
Shabbir still has his plans in place when it comes to production. "As soon as the show settles down I will produce movies and TV shows too. There is no barometer and for me it is important what you try at what age. I have been an outsider in this industry and I always wanted to do different things so when I got this opportunity to do it I wanted to do production and I will not leave it."
Ask him whether we will see him act in one of his own productions and he says, "I don't want to act in my own production as that would be dangerous since I would spend lot of money on myself. So I don't think it would be wise to star in my own production," he concludes with a laugh.
Seema Khot Mattoo
0 Likes

--Janvie-- 6 years ago Love you since Kahin toh Hoga days Shabbir Ahluwalia.Never got to watch Qayamat as Star-plus don't used to air at My home that time,But now Excited to watch Kumkum Bhagya only bcoz of you.

And Ya My whole family still calls you Rishi.

vivkriti 6 years ago Lovely interview Shabbir. Love you as Abhi. Excited to see you with Sriti. PraBhi rocks.

RamziMeriJaan 6 years ago I like your character n all cast are awesome ..

..PlayfulKiss.. 6 years ago Shabbir Ahluwalia, you are awesome as Abhi! Hope we get to see more of PraBhi scenes!

Sidra.W 6 years ago love u shabbir! & all the best for future!

faria86 6 years ago nice interview & all the best Shabbir Ahluwalia