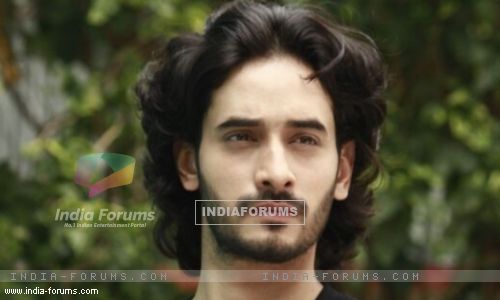 The good looking and talented actor Siddharth Arora, who was recently seen in Zee TV's Doli Armaanon Ki, is all set to be seen playing a warrior in Sony Pal's upcoming Singhasan Battisi. Siddharth who has played a variety of roles in his previous shows, is happy to play a warrior as this is what interests him.

TellyBuzz quizzed Siddharth about his role, bagging the show and much more in this conversation with TellyBuzz...

We have earlier seen Siddharth playing different characters. We wondered what made Siddharth opt for playing a warrior in this show. Siddharth shares, "I am not that much interested in doing saas bahu sagas or family drama. That doesn't interests me at all. I always wanted to do something different. As a protagonist, I wanted to do something unusual having lots of action sequences in it. Playing a warrior, I will have to emote a lot which I haven't done till now. There will be fighting sequence which will excite me. Family drama doesn't excite me and I wanted to reach one level up so thought of opting this show."

Doing a mythological show needs some preparations. So, what kind of preparations Siddharth has done for his role? He told us, "I hardly got time to do any kind of preparations for my character but I am working on it and I have to make myself physically strong. I have to learn a lot of things like horse riding, sword fighting and many other things. I am working out with the help of my trainer. I am taking much protein and less fat. It's a bit difficult but if it would have been so easy then everybody would have done it. Because, it's hard, it makes it great."

Siddharth further shared his experience of shooting for this show. He said, "It's very good and tiring but then it's very different and I haven't done any such things before and as an actor, I love to do different things rather than doing similar kind of things. I played a businessman in Mukti Bandhan then I played a Rowdy guy in Na Bole Tum Na Maine Kuch Kaha Season 2 and in Doli Armaanon Ki, I was a London return and now I am playing a warrior. I want to play different characters and show the versatility in me. I would like to learn new things by working with different people. I have a lot to learn; it's just the start."

We also asked Siddharth about his re-entry in Doli Armaanon Ki and about the shows he was offered in between. He said, "I have no idea about it. Things got delayed and I got a good show here so now my dates are blocked. I got many offers in between but I didn't want to do family dramas as it's not of my interests. I wanted to do something which excites me and this exciting for me."

... too bad I can't sing to the opposite kind, well not as of yet

..Roopal.. 9 years ago ladki kyun
gore gore se chore
are the best...if battle of sexes are considered than these songs completely give a very great defination for it...amazing songs...full on takraar...

khajju 9 years ago hmm...i ll go with k3g,kkhh and hum tum songs...zmd ya khiladi song is also on the battle of sexes.

Yuvika_15 9 years ago i think maa da laadla or tu saala shud hav been no.1 in the girls list... anyway gd songs!!

But apart from these, they should've included Ainvayi Ainvayi! :D

chakdephatte 9 years ago There are many many more...for example Tera Rang Balle Balle (soldier) or Balle Balle from Bride and Prejudice or Muqala Muqabla (the ultimate battle song :D)!

--sunshine-- 9 years ago Well hum tum track was the best

Sabmeratu. 9 years ago My gave are the hum tum songs
Love them both xx
Think ainvayi ainvayi should be in the list aswell!! =D