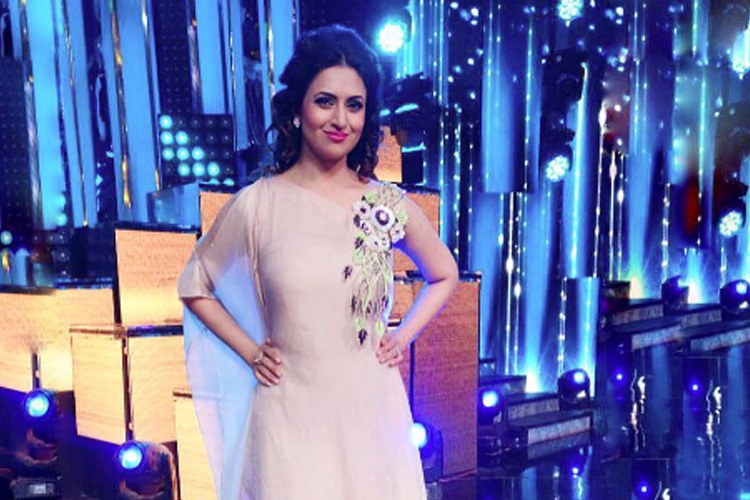 The much-talked about Nach Baliye 8 finally concluded a couple of days ago and actors, Vivek Dahiya and Divyanka Tripathi turned out to be the winners of the show.

There has been a lot of talk about the results, voting and other factors since the win.
But, in an exclusive conversation with Divyanka, we asked about her journey in the show, her memories and the fan bashing -
What do you think worked in your favour to win Nach Baliye 8?
I think it was nothing more than pure dedication and perseverance that Vivek and I had towards our performances every week. Due to my constant injuries and pain, I felt like breaking down at several instances. But, my nature doesn't allow me to quit a particular thing and thanks to Vivek, who is a positive person himself, he instilled the same in me too.
What has been your most memorable moment from the journey?
There were several moments which were memorable for us but if I had to pick one, it would be when Vivek narrated and read the romantic letter he had written for me and I was touched. Every girl wants to feel special and this gesture made me feel that I am the luckiest person in the whole world. I have been getting messages from so many people about how they don't know how to outclass this gesture of romance, as the bar has been set high by Vivek (laughs).
If there was one thing that you would want to change about the journey, what would that be?
I really wish that I was less busy due to my daily soap. I would have dedicated a lot more than I did. Also, my back pain became a huge hurdle for some time in the show and I wish that did not happen.
Hypothetically, if you did not win and were to choose from one of the other finalists (Sanam Johar-Abigail Pande, Mohit Sehgal-Sanaya Irani) for the win, who would it be?
No one.
What do you have to say about the fan wars and the bashing along with negativity that took place pre and post win?
I feel we should all maintain the dignity and not even think of anything like this. Vivek and I are aware of the fan bashing and fan wars too, but I strongly claim to not get yourself immersed in anything of such sort. When it comes to spreading negativity, thankfully, our fans do not indulge in anything of this manner. We constantly demotivate our fans to not be a part of anything and be happy and positive.
Vivek has been rather open about his plans for your holiday as your first anniversary approaches. While he has made all the plans, have you planned anything special for him?
No no! I will let my husband do the planning (Laughs) as he is really good at it. He is aware of my taste and my likes and dislikes. Plus he manages to get the best locations for us too! So yeap, I will leave that part to him. When it comes to me planning something for him, I haven't thought about it yet.
We wish Vivek and Divyanka loads of congratulations!
0 Likes

arezoo.sabti 1 years ago Sanaya Irani She's beautiful! And her acting is just amazing esp in the emotinal scenes. Love her

ValentinaVelina 2 years ago Mohit Sehgal and Sanaya were the best. Their performances were real theatrical performances! Exciting and very beautiful !!

ktiluvu 3 years ago OMG how rude is she how can she say no one deserves winning...her attitude, her over confidence, her over showoff love towards her husband... Might be she is now high for her success but once her show ends then she will come down...

gunurlove 3 years ago Hahahaha joke of the year that Divek fans were spreading so much positivity. This pathetic actress is so keen to clear her and her fans image in front of media. She said no one deserve to win except her while the truth is divek did not give a single performance on that level which wuld lead them even close to top 5. Sanaya Irani Mohit sehgal had worked hard 10 times more than them which was clearly seen. And we all fans know Monaya are true winner on cards. It was all channel cheating who made this star plus anty win.

piya2025 3 years ago Woah! Her shameless nature disgust me.
Now , I probably know why people hates her. She can even make hers out of those who tries to think positive about her despite of her dramas are so visible.

90210khadija 3 years ago Sanaya Irani!
Love you.
Please hurry back.
Everything on TV is crap without you.