View Profile
"My Name is Khan is the most challenging film I have written"~ Shibani Bhatija
An exclusive chit chat with the marvelous screenwriter Shibani Bhatija of popular films like Kabhi Alvida Na Kehna and Fanaa. Being a popular amognst the Yash Raj and Karan Johar camps, she has already penned Shah Rukh's next directed by Karan Johar titled My Name Is Khan! We sit down with this talented writer for a chit chat to find out more about her journey so far and her upcoming projects in Bollywood!

1. How did your journey with Bollywood films begin?

It began in my childhood as my father, Raj Bathija, produced films for a few years. In recent times, I wrote a script that I requested Karan Johar to read in 2002. He read it and then passed it on to Aditya Chopra who contacted me to write for Yash Raj. And so it all began.

2. You have written scripts for blockbuster films like Fanaa, Kabhi Alvida Na Kehna and upcoming films like Kidnap and My Name is Khan. Which is your personal favorite? 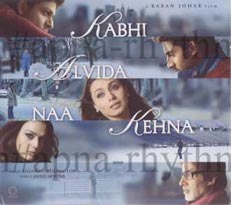 How can you choose a favorite amongst your children? I love them all for different reasons.

3. How has it been working with banners like Yash Raj and Dharma Productions?

Dharma and Yash Raj have both been wonderful companies to work for. I feel blessed that I had the opportunity to begin with the best. Karan and Adi are writers themselves and know how to allow equal measure of freedom and direction to a written work. And most importantly they respect writers and the give due importance to the script.

4. If you could write a script for an actor and actress from the seventies, who would you want playing the lead roles in the film?

Rishi Kapoor and Dimple. Bobby is one of my favorite films of all time and I would have loved to follow up with another film starring the two of them.

5. Tell us a little bit about your upcoming films Kidnap and My Name is Khan. What can audiences expect and how are they different from your previous films?

Kidnap is a dram-iller or a dramatic story told in a thriller format. Just in that it is completely different from Fanaa and KANK. It takes on the themes of Crime and Punishment in an interesting way, I believe. The rest is for the audience to decide! My Name is Khan has been the most challenging film I have written till date and certainly the most ambitious. It is a subject Karan and I feel very strongly about, and regardless of what he modestly says, he is most certainly the best director for it.

6. You are currently in San Fransisco writing for your next film. Can you tell us a little more about your upcoming projects?

I am researching and writing a 'young' film for Studio 18 here in San Francisco, and am very excited about the new challenges and opportunities in store.