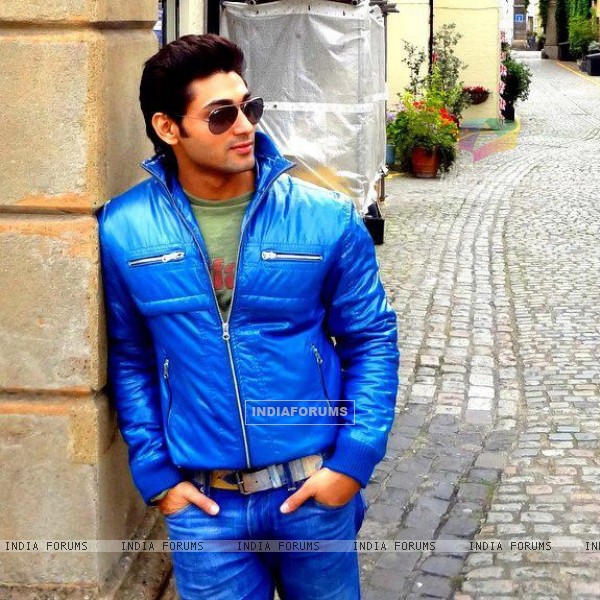 As our beloved Bappa has already arrived and people are in full swing to celebrate this festival. They eagerly wait to seek Bappa's blessings. Our television actors also bring Ganpatiji every year with great enthusiasm and preach him. One such actor who celebrates all the festivals religiously and also bring Ganpatiji at his place is Ruslaan Mumtaz who was last seen in the popular show Kehta Hai Dil- Jee le Zara on Sony TV.

This year the festival is more special for him as this is the first Ganesh Utsav after marriage with his wife Nirali.

We got in touch with Ruslaan to know more about the preparation for this year's Ganesh Utsav.

Ruslaan shares, "Well this is my first Ganesh Utsav after my marriage but honestly there is no difference as I and Nirali are together from many years and every year she used to be there for the celebration. The only difference is that she will be there with me throughout and her involvement will be more this year and my involvement has become less as compared to every year. While doing the preparation, she picked up all the things and decided what is required. We don't stick to any particular thing we just make the decoration look everything beautiful."

Talking about the delicacies prepared for Ganesha, Ruslaan says, "My mother makes modak and sheera as delicacies every year and this year Nirali will help her and we bring milk cake as mithai because my father loves to eat Milk cake. My mother is a person who doesn't treat Nirali as her daughter in law instead she treats her as like her own daughter. She doesn't put all responsibilities on Nirali as she knows that Nirali is a working woman. We have brought Ganpati for five days so we are feeling quite divine."

Tellybuzz wishes that Bappa keeps showering his blessing on you and on your entire family Ruslaan!

TheRager 6 years ago Miss the show. Hope Ruslaan is back in a new show soon.