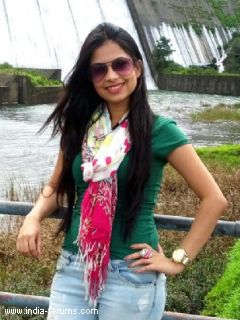 Nothing feels greater than getting your first salary which you earn it with your hard work. No matter how much we earn today but first salary always remains very special in one's life that is to be cherished forever.

Talking about her first salary, Pooja told us, "After my 12th, I shifted to Pune for my higher studies. There is too much of craze of call center amongst the students and everybody wants to be fashionable. We used to feel bad asking for extra money from our parents to buy dresses according to the latest fashion as they were already paying us for our monthly expenses and our rent. There was a new company which was opened nearby my house in Pune. It was a call center but then I didn't know about it. I knew that we have to explain about the products over the phone according to UK timings as it was a UK based company. Though I was little nervous but I thought of joining it. Our timings weren't fixed as sometimes, we were called in the morning shift and sometimes during the evening shift. They told that we will be paid around 8000/- which was enough for us. I thought that it would be an extra earning for us with which I can shop a lot and I had a craze for working so I joined the company. I just wanted to work there for one month only out of my craze and just to experience a new thing. It was quite a nice experience and we used to do lots of fun more than work."

She further adds, "We have been told by the company that we will be paid for our 1 month training period too and I had thought of quitting it after a month. Later, when our 1 month was completed then we came to know that we won't get paid. They were ready to pay us 4000 only. I got my first salary as 4000 only and that too after 3 months."

When we quizzed Pooja about how she spent her first salary, she added, "I don't actually remember that how I spent my first salary but yes I remember that went along with my friends for dinner where we enjoyed a lot. I also bought a new dress for myself."

"It was really a very nice feeling which made me feel like I have become independent in life. I felt that I can also earn money and I have earned something on my own. I have always been a very career oriented girl. So I had that confidence in me that I can do something on my own and it was a start for me so I felt very proud. I was just a 12th pass out then and I joined that company and earn something on my own which gave me a proud kind of feeling. When I came to know that I won't get paid for my work then I had a feeling of satisfaction that I have proved myself and I can do something on my own. My Mom had a belief that one day I will enter into the television field. My dad also had confidence on me. So, they were feeling proud about the fact that I worked there and gained some experience instead of wasting time," adds Pooja. Â

"It's a very special moment in one's life of getting your salary which you have earned by doing lot of hard work. It's a great feeling which also gives you tears in your eyes. You feel very happy about it whatever the amount is. It's a very proud moment to have your earnings in your hand. It's really a very special moment for everyone which makes you feel proud on yourself," concludes Pooja.Â

-April- 6 years ago
Thanks for sharing the article;)
DABH rockz

RajeshriS 6 years ago Thanks for the article Pooja.
DABH keep rocking..