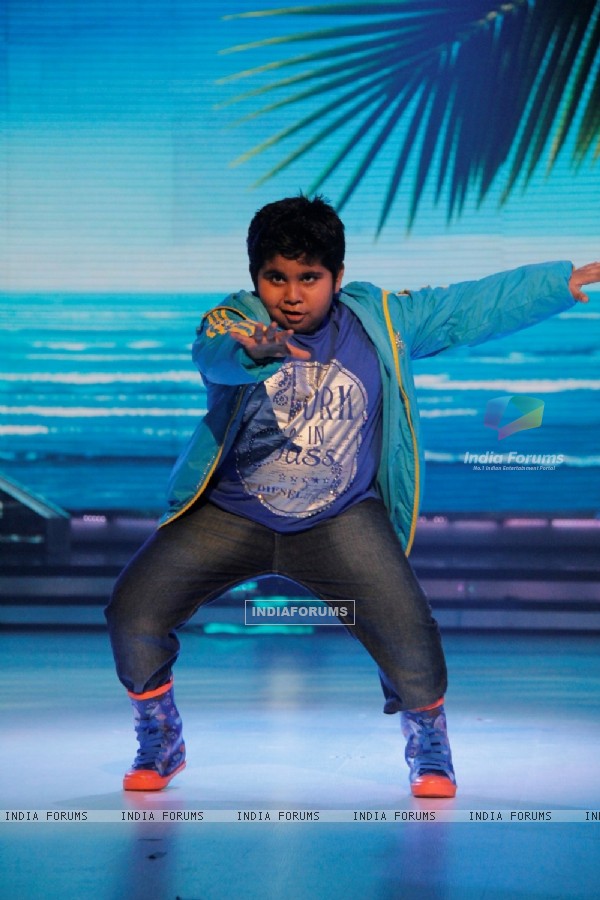 Talented kid of Television who rose to fame with India's Got Talent season 5 where he wooed the audience by imitating Salman Khan's dance moves. He was also invited internationally on the honorable show 'The Ellen DeGeneres'. He is also seen in Colors popular reality show Comedy Nights with Kapil. Thus the kid is all set to shake his legs with his choreographer Vaishanavi on the stage of Jhalak Dikhala Jaa season 7.

We got in touch with Akshat and his choreographer Vaishanavi where they shared their views about each other, their favorite judge and contestant in a candid chat with TellyBuzz.

You got fame from India's Got Talent, then you went to abroad to explore your talent and now you have come in Jhalak Dikhlaa Jaa season 7, what made you to opt this dance reality show?

When I appeared on India's Got Talent, I got such a good response from the viewers. Then I thought that now I have to show my image on Jhalak Dikhla Jaa so I thought of coming in this dance reality show. The channel people called me and I really want to say thank you to Colors as they gave me such a great opportunity by giving me such a great stage of India's Got Talent to perform because of which the Ellen DeGereners called me in the U.S as the first Indian and in Japan to do an Ad. They have also given me chance in to perform in Comedy Nights with Kapil and now Jhalak Dikhlaa Jaa, so I am really grateful to Colors.

How do you feel that in such a young age you have got so much of fame?

I really enjoy bahot mazza aata hai. My sir is supporting me and my mother and father are also very supportive. My friends in school always tell me that they have seen me on TV and now they will see me in Jhalak and I am sure they will vote me.

How do you manage your studies while working?

Abhi to mera summer vacation hai when I will go back to Kolkata I will start my studies but I am planning to get settled in Mumbai.

Who is your favorite judge amongst the three judges?

Dance wise my favorite judge is Remo sir, acting wise Karan sir and dance plus expression wise Madhuri Ma'am. Honestly I have not seen Madhuri Mam's films but my Mummy and Papa told me that she is a very good actress. But she is very nice and beautiful woh bahot acchi hai.

Vashnavi, as Akshat is your partner, how difficult it is to teach him dance and how is your relation with Akshat?

Akshat is a very good dancer and very hard working as he never says that I won't be able to do or I am tired, let me sit. He is really trying hard and he eats a lot (Laughs). We never fight but sometimes we do masti wali fight. He never hits me instead I give him a punch and all. I pull his cheeks as he is very cute.

Who is your favorite contestant?

My favorite contestant is Shakti Mohan as she is a very good dancer as I have seen her dancing on DID.

If you win Jhalak Dikhla Jaa Season 7, then what will you do with the prize money?

I will buy a nice house in Mumbai with the prize money even now also whatever I earn I give it to my parents.

That's such a great thought Akshat.

TellyBuzz wishes you all the Best for Jhalak Dikhla Jaa Season 7!

jayita_arsha 6 years ago Shakti mohan is an icon fr every1 luv her yes shes the best...:)

lilac_dreams 6 years ago Shakti Mohan is everyone's favourite contestant!!
She is awesome..

Ardhanarishwara 6 years ago Shakti Mohan n tushar nailed it..it was such a beautiful visual treat..my angel is the best

You are dancing angel!!!

Shivani_4u 6 years ago this kid is vry irritating..can't tolerate his over acting..