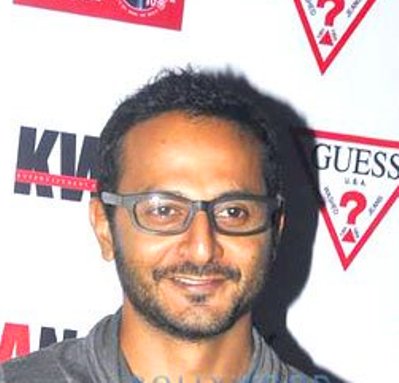 Talking about his experience of hosting the current season of Splitsvilla, he said, "It's a fantastic experience! We have seen some amazing competition, we probably are having the best cast we ever had. The interesting thing about having celebrities on our show is that they haven't come across celebrities at all. They just left their background outside the Splistvilla and they just came here to compete and everybody wants to win."

Nikhil is having a great co-ordination with Sunny as his co-host. He shares, "It's been a really pleasant experience! She is probably one of the best hosts I have ever had on any format and channel. She is performing really well and she has formed a real connection between herself and the contestants. That relationship has really worked well with the conversation a host should have with the contestants. Off-screen, we just sit down and have conversation while we get ready for our shots."

We quizzed Nikhil about the difference he is feeling in this season as compared to the previous seasons. He answered, "Every season has different challenges based on various things like the tasks, the locations and the quality of the competitions we put into the show. This year I think we have scored 10/10 on everything. The location has the real sense of history and heritage which gives us the feel of a fairy tale which goes according to the theme. The weather is difficult to deal with. The cast is the best that we have ever had. The girls and the guys are amazing and the quality of competitions are also amazing. The contestants have been tested well on their physical endurance, their strength, their mental ability, so this is going to be a wonderful season and Sunny as a co-host is amazing and the relationship which she is having with the contestants is going to shine as well."

So, what does Nikhil feels about the format of these kinds of shows over other shows? Nikhil says, "I enjoy hosting Splitsvilla because it's a lovely experience for me to be with the crew and working on such concepts. I like the conversations we have as a host with the contestants. As far as the daily soaps are concerned I don't watch that much of TV. I watch a lot of music and sports."

Nikhil, who has earlier acted in movies like Shaitan, David, etc. is happy and enjoying his stint as a host. He has no plans to become an actor. He tells us, "I have none but I would love to do some good roles but I don't aspire to become an acting star. As long as I will enjoy my work and end up making a good product then I will do it."

9 years ago poor show of bollywood in north america. the standard has gone so bad !!! feeling sorry for the people who paid so much for the show...

9 years ago Which celebrities are attending? Does anyone know? Is Shahid kapoor gonna come...if yes...
Is it possible for us get a glimpse of the star from outside when they are entering the event

+ 2
9 years ago LOL im sure everyone who keeps saying their city actually live in the greater toronto area...brampton, mississauga etc. neways, a downtown TO native, cant wait!

+ 2
9 years ago whoever wants tickets can still book at http://www.ticketscanada.com/IIFA-Tickets?gclid=CNGaio2-xKkCFcjAKgod4XLMJQ

shahidzlover 9 years ago My ex-city :D
i wish i could come there...
sooo upset :(

+ 4
9 years ago LOL "Canada, being primarily a country encompassing people of Indian origin." That is not true, but okay.

+ 3
9 years ago can't believe my dream came true...iifa at Toronto... my city but sucks that all tickets were sold out already...:(