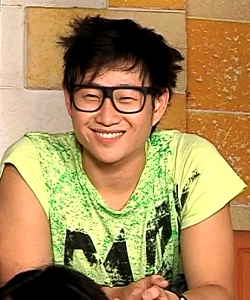 Jason Tham who was a participant in Star Plus' Just Dance will soon debut as a lead in Channel V's popular shows Dil Dostii Dance.

In a candid chat with TellyBuzz Jason talks about his entry in the popular show Dil Dostii Dance, his passion for dance and more...

What is your character all about and is there any similarity between real and reel you?

My character name is Karma. He has come from Gangtok to join St. Louis College for further studies. He is shown to be very arrogant and talks face to face. Whatever he wants, he gets it by hook or crook, achieves things which he desires to have. He doesnâ€™t listen to others and does things which he thinks is right. Talking about the similarity between his reel and real character, according to him comparison is not right as my character Karma, is an arrogant guy who does wrong things and doesnâ€™t listen to others, very proudy of him whereas in my real life I am happy go lucky person. And I am playing this character because I didnâ€™t wanted to play the same thing which I am in my real life as it won't chase me. I wanted to work for such character which gives me challenge to prove myself and I got this in Karma.

How did the show happen to you?

I am actually a dancer and acting is not inherent within me as dialogue delivery is something which is very challenging and ha has to be precise which is altogether new for me. Auditions were going on and I came to know from my friend who informed me so I went to give a try and got selected.

What you did after the reality show Just Dance?

I am actually a choreographer, I have choreographed in many shows like Dance India Dance, Boogie Woogie and I even choreographed a dance in one of the episodes of Dil Dostii Dance. So I was busy with some or the other shows. My main portray is choreography so after Just Dance got over I got myself busy doing shows where I can expose, teach and share my dancing skills. Accept choreography I also did few advertisements. In short Just Dance has changed my life and proven to be a great platform for my career.

You have already shot for the show how was your experience?

I am doing acting for the first time so I am on absorbing whatever is coming my way be it script reading or be it dialogue delivering. While dialogue delivering I fumble at times because acting is something I have never done before and not used to. But I should say we are lucky to have such senior actors and great team who keep helping us in the shots which helps to grab and learn things more quickly and nicely. This way we are lucky as our seniors grasped it slowly since they all were new but we have seniors with us who are like our guides so our grasping power is bit faster. I had shot with my other co-actors who entered the show along with me and all are fun to be with infact I was with Sumedh in Dance India Dance Season 4 there I used to guide him as I was mentoring and we both were in different teams so didn't had much interaction. I find similar characteristics between me and Shantanu Maheshwari and so i follow him from the show.

My expectations are mainly to get to do lot of dancing because I love dancing. I want people to recognize me with my dancing and I expect to learn good acting from the show. As I have not acted before and this being a very first show, I am happy to showcase my acting ability. I love this combination of acting and dancing and I hope that it will get showcased perfectly in the front of the viewers. Lastly I would like to create my own image from the show as I don't want to get compared with my senior actors.

We wish good luck to Jason for his debut show Dil Dostii Dance.

mathew.sneha25 6 years ago shantanu is the best forever..he is a person with his own uniqueness.. n all the best for ur debut..

6 years ago Shantanu Maheshwari u r the reason i watch d3 :)

6 years ago Shantanu Maheshwari :)
U r best actor and dancer among D3 cast :) :)