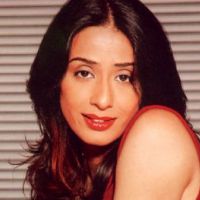 Versatile Achint Kaur who rose to fame with Banegi Apni Baat on Zee TV, is back on the same channel where she had started her career. Yes, the tall and lanky actress Achint will be seen portraying a strong role in Zee TV's upcoming show Jamai Raja.

Achint Kaur who is known for playing negative roles in shows like Kyunki Saas Bhi Kabhi Bahu Thi and Kahaani Ghar Ghar Ki has been away from acting for quite sometime now. Now after a sabbatical of almost 10 years the actress makes a comeback on the screen. We got in touch with Achint to know more her character and more in conversation TellyBuzz.

Elaborating on the character DD (Durga Devi) Achint Kaur says, "DD is self made and an independent woman. She is the man of the house and wants to run the house in her own style. She is not bad or rude; it is just that whatever she does is purely out of concern. Her perspective of looking at life is different but her aim is to look after her family, very possessive and concerned about the family."

Achint who has been away from Television for quite some time says that has various reasons behind taking this venture,  "Well lot of reasons, four months before I told my producer friends that I want to return on television so I was getting calls for various negative roles but this role strategically worked. First reason was that I am playing a character of my age so I can obviously carry this character perfectly. Second reason was I am playing one of the leads. Third reason is that it is not out and out negative character and has some reality in it. I was offered three shows and I chose this one as I found it perfect from all the aspects."

Audience will see you on television after a long span of time what kept you busy all this while, "I was busy doing movies then I did a Pakistani show and film, I did theatre too."

Is there any similarity between you and Durga Devi? Achint avers,  "I am very soft and straight forward person, if I am happy it's on my face, if I am sad it's on my face. My nature is to accept any one as they are and I want others to accept as I am. But Durga Devi is completely different she wants things to happen according to her."

When asked Achint about the shooting experience she says, "We all had fun, entire cast is experienced one. The new thing I have noticed while shooting is that everyone on the set reaches on time. The best part is everyone one is very positive and there is no negativity."

Sharing about her journey in the industry, Achint states, "As far as television and theatre goes its been very nice. Television is my comfort zone, I just need to make a call to get a role and same is with theatre. But still I need to improve in characters which I play to reach to the level of films."

Well we wish Achint Kaur luck for her new venture.

+ 2
6 years ago wrong info...she did not take sabbatical for 10 years...i hv last seen her in sony's virrudh which ran from march/apr'07 to jan'08...
if she has not done anything after that then she is returning to the screen after 6 and half years and not 10 years