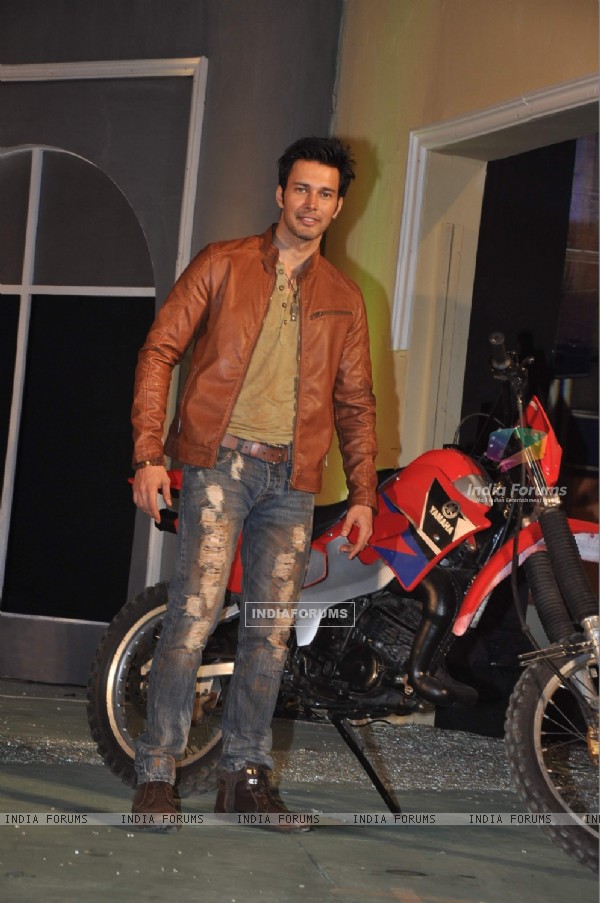 Rajneesh Duggal who is a model turned actor participated in Khatron Ke Khiladi Darr ka Blockbuster has won this daring stunt based show. He was a sporty person in real life and wanted to show this side to the audience he participated in the show.

He shares his journey on Khatron Ke Khiladi Darr ka Blockbuster and future plans with TellyBuzz.

Has the feeling sunk in that you have won Khatron Ke Khiladi Darr ka Blockbuster which is a daring stunt based show? Did you expect that you will win?

The feeling has sunk in but it will completely sink in after it comes on Television because as off now on my family member, my close friends and the media knows about it. It's really a great feeling that for the first time I participated in a reality show on Television and I won that show. I won't say that I expected but as I have participated in the show so I had promised myself to give 110 percent and to complete all the stunts without giving up in any tough situation. As I come from a sporty background, I used to push myself to do stunts and I tried extent my bar. So yes I won't say I did not expect because I wanted to win this show and give my best. I won and the feeling is amazing.

Are you adventurous in real life?

Yes, I am very adventurous person in real life; I am an athlete and as I said I am a very sporty person. I used to do stunts in schools and college for fun. I remember when I was in college, me and my friends took two jeeps which were running parallel to each other with a great speed and I jumped from one jeep to another. The reason of participating in the show was to show this other side of mine because I was always seen as a horror film hero and before that as a model.

Did you undergo any rigorous practice before coming on this show?

I actually wanted to do the practice before performing in this stunt based show but I was the last contestant who was finalized at the last minute. So I had only 12 to 15 days before going to Cape Town and that is the reason I didn't get time to prepare myself. But I was confident as I was physically as well as mentally fit. Physical power is required to do stunts and mentally because I know there will be lot of metal pressure to do stunts. So I didn't hesitate before doing any stunt and kept myself calm.

Where do you see yourself after winning and are you looking forward to come back on Television?

I am getting many offers from Television as well as from films and I am a person who is open to all. In today's time there is no difference between television industry and film industry in fact today television is more famous as the audience is more attached to Television. I never say No to any roles or work, There is a film in the pipeline for which I will start shooting for it soon. 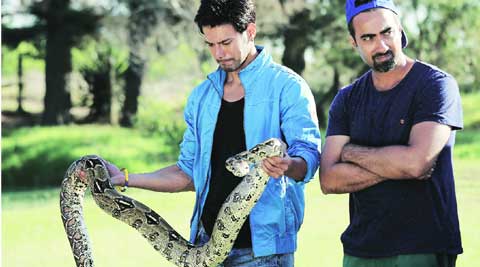 What was your biggest phobia and were you able to overcome that fear after this show?

Ab toh kuch phobia raha nai after being announced as the winner of this show (Laugh) but before coming on this show my biggest phobia was reptiles. I did many stunts with reptiles. Now that my phobia is over I can take a snake in my hand and dance.

Which was the one thing you liked about yourself the most while you were performing the stunts?

I think that my cool and calm nature was my biggest strength while performing stunts and it really helped me to do the stunts. Usually people get angry and they are agitated while doing a difficult stunts which results into lots of pressure. I always kept my mind cool while performing.

Which is toughest stunt amongst the stunts you have performed in the show?

The finale stunt was the toughest stunt and bhagwan ne mushkilein khadi kar di as it started raining during our stunt to increase the difficulties. But it was fun and I managed to do it.

Who was the toughest contestant on the show you who gave you tough fight?

What will you do with the cash money you have won?

I have left it on my wife Pallavi as I know that they will reach where they should be. I will send them for the social cause which we support and rest ghar par aayi laxmi hai so will keep it safely.

6 years ago Gurmeet is the true winner of #KKK
he is the best... 6 years ago Gurmeet Choudhary u undoubtedly was d most toughest contestant among them... loved all ur stunt gurmeet...

sneha43 6 years ago One n only . . . .
Gurmeet Choudhary deserved to win.love u rockstar

pratik.sha34 6 years ago Deserving???u must be joking!did u count hw many tyms rajniesh won a task or hw many tyms he did elimination tasks? Every1 has eyes n they can see wtz ri8 @meeyaa

maanpreet 6 years ago U are the real winner,gurmeet...just think of ur future big projects. Brighter days R yet to come!!