View Profile
We all know Terence Lewis as one of the toughest judges on the Dance India dance judging panel.He is known for his strong opinions which are based purely on dance and it's techniques.

With Zee TV's Dance India Dance Season 3 all set to launch, we had a chat with Terence. Candidly, he expresses the changes he has seen in people and how dance has been overshadowed by fame and money. 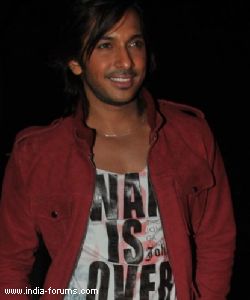 So what do you think went wrong with Chak Dhoom Dhoom 2 - Team Challenge?
I really have no idea because we did our job well. We were assigned to judge contestants, which we did as per their performance. Sometimes things work and sometimes not.

Did you inform the Zee Team that you are doing the show?
Yes, I had informed them. In fact as soon as I finished DID I was immediately contacted by Endemol for their show, Fear Factor. I had inquired with them whether it would hamper the regulations f the channel. But they were more than happy to let me do the show with Colors. And after that I did Nachle Ve as well for which I consulted Zee TV again.

So how is it being back to the pavilion?
It's great because as soon as I finished Chak Dhoom Dhoom, I've been getting a lot of offers which I had informed the Zee TV team. But they were very clear that they are coming with Season 3 and there is no doubt about that. From then on, I had nothing else in my mind because DID is my show and the other shows are nothing compared to DID, including DID Doubles and Lil Masters. There is no doubt about my return in the show, as it isn't a prodigal stunt that is going to return. Yes, I have been working since the last 16 years, but it is the last three years that have brought me into the limelight. But at the same time I cannot call it my success, because success for me lies in the smallest things that I do. But yes, the show has indeed given me fame and recognition.

A lot of your students are today choreographers on different shows..
A lot of my students have been well trained under me and I can proudly say that I have been influenced by a lot of teachers who have told me not to focus on money, and I believe that is why this show has happened to me at 36.They have told me to focus on what I love doing and excel in it. Do not think about success and money as that is not my job and be prepared to work hard and not attain the success. And this is what I tell all my students.

Do you think the winners of the show are the ultimate dancers?
No, the person who wins is not always the best dancer. Seldom is the case wherein a combination of talent and connectivity occur in  the show and I can confidently say that about Shakti and Dharmesh. For me they are true winners of the show.

One of your assistants Neerav has been finalized in the show. How do you feel?
There are three more people other than Neerav who have auditioned for the show and Neerav's entry has been a complete surprise for me. He was assisting me for Season 1 and Season 2 wherein he was handling the props and the creative ideas and coordination. But the choreography was completely done by my assistants and me. So I asked him whether he would like to assist me this season as well and he had agreed. But simultaneously he said he had a surprise for me and I asked him whether he was getting married (laughs). So when I went for Baroda auditions, he is basically from Ahmedabad, I was really shocked to see him there. Because in Season 2 I had told Neerav that he is quite young and cute looking and asked why he does not participate in the competition. But he was reluctant then. So now I guess he must have given a thought about it. I am really happy that he has taken the chance, only that he should have been a little more trained and prepared.

A lot of people feel that the show is scripted.
The show is too big to be scripted and rigged. This is a talent show and people will not take rubbish.

Do you think people today want to learn everything quickly to achieve fame?
The only grudge against the kids that come to learn from me is that they do not love dance. They are here for the fame. If a film comes in their way, they will leave dance. Dance is not their focus and that is what hurts me the most. Today even parents have really become smart in this case. And kids want to learn everything quickly. People want to get the product, but they do not want to go through the process.

Shakti Mohan is currently doing a show based on dance.
My Shakti is the only one who has kept in touch with me and she had told me that she is doing this only show only because of dance and if you notice, she is the only one who performs in all award functions like a true performer. And I have told that I want her to set a benchmark. I have asked her to explore within the confines of dance.

Have you watched her show?
(Laughs) Actually she had asked me to watch the show to give feedback and I did watch. I have told her honestly that nobody can beat her in dancing, but she needs to improve her acting skills.

Are there any Bollywood projects that you are concentrating on?
Honestly, after doing DID I have been getting a lot of offers from big directors but I did not do anything eventually. I think DID has spoilt me because I cannot make actors do two three steps and finish the job. It is something that any other choreographers can do.

How do you judge the contestants?
This is a dance show and not a masala show wherein emotions play a role. It is really irritating when people show their weak side etc. Everybody has their own troubles, but that should never be used as a means to get into a competition. I am the only one like this and I clearly say that I am feeling sorry for the condition, but if the dancing is not up to the mark, I say it on the face. I feel emotional, but I am not going to let if affect my judgment on the dance.

Which was the city wherein had to make the most difficult judgment?
Mumbai, and especially the boys. They were so talented and we had to say no to many of them. If they had come in for Season 1, they would have been even better than our winners.

How are the contestants this time?
We have three top class contemporary dancers, three top notch Hip-Hop dancers and three people with beautiful success stories. They had come in for Season 1 and Season 2 and they have an amazing story to about their journey.

+ 3
7 years ago Love the relationship btwn Terrence Sir and Shakti...miss u onscreen Shakti Mohan!!

Ramya89 8 years ago Raghav is a versatile dancer and no matter what people say, he will never be ignored for sure i like him so much and even my family and everyone, he is such a good dancer and people should give importance for such talents

crazyhoppr 9 years ago Tl sirji roxx!! One of the best dancer,choreographes n master!

9 years ago welcome back terrence sir; DID had been so incomplete without you ! The team of you three; u , remo sir n geeta maa is the best!

9 years ago he is the most honest n down to the earth choreographer...
thats y everyone love him...there is something in his talks that touched everyone heart...
i love you terence sir:-) waiting for your kadak chummeshwari n jawalamukhi looks !!!

+ 2
9 years ago love you TL and Shakti,both of you rocks

+ 3
9 years ago always admire that man...he expresses everythg with respect to dance tht what i love abt him.

+ 4
9 years ago He looks so much younger than 36. Love u sooo much TL. DID wouldnt be DID without u, Remo and Geeta. Looking forward to season 3.