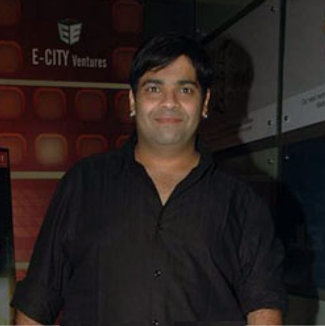 Even though Kiku Sharda has been around for the last ten years and has been doing the show F.I.R for the last eight years it was Comedy Nights with Kapil which made him a household name. However, controversy always follows popularity and same is the case with Kiku as he finds the pros and cons of success. "My morning today started with attending phone calls with all the callers wanting to know whether I am going to quit Comedy Nights with Kapil! I couldn't believe it..." trails off Kiku who is surprised as to how and where the rumors started from.

The actor who is quite active on the social networking sites immediately took to Twitter and tweeted about these being just rumors. He also maintained that he will continue doing the show Comedy Nights with Kapil.

There were reports of Kiku doing a show for Set Max with fellow comedian Krushna Abhishek and that is when the rumors erupted maintains Kiku, "Yes, I am doing a show for Set Max which will be telecast from 9th Feb to 22nd Feb during the breaks in between the 9 pm movie. There will be 3 gags done by me and Krushna along with a contest for the viewers. It was just a two day shoot which we have already finished yesterday. So where does the question arise of me quitting Comedy Nights with Kapil? There seemed to be some random article which made all these assumptions which are not true at all. It was absolutely baseless article which made no sense."

So what is his equation with Kapil Sharma and what does he think about the show? "It has been a fantastic experience working on Comedy Nights with Kapil and I love Kapil Sharma. His is a God gifted talent and I think I am very lucky to watch him live. It is a complete learning experience and there is no reason why I will every want to quit."

Kiku is going to continue to crack you up with laughter, so keep enjoying!

and every character of it ..,

7 years ago Your amazing kiku! Love watching you in comedy nights with Kapil :)

+ 2
7 years ago Mising you in FIR Mulayam Singh Gulgule.