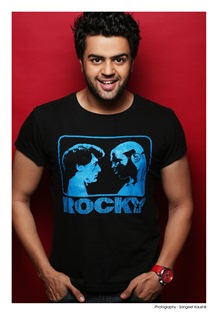 We have all seen him as a host, an anchor and also as an actor in TV and Films where he has taken the entertainment a notch higher due to his impromptu acts. Manish is now coming back on TV, enjoying what he loves to do the most - hosting a show and this time it is special since it is a one hour comedy chat show concept which will be hosted solely by Manish Paul.

The weekend show Mad in India goes on air from 16th Feb but not much has been said about the show by Manish. Telling us more about it, he says, "As the title suggests Mad in India is a show which is full of fun and entertainment. Apart from me hosting the show there are other characters as well. I cannot talk much about the format since we want it to be a surprise for the viewers. All I can say is that it is a total mad show." And his role will be as a host, right? "Yes, I will be the host whereas the other characters will be seen coming and going in various avatars. I will be doing what I do best - singing, dancing and hosting."

Talking about the other actors who will be coming in, Manish says, "The show will have Sunil Grover, Dolly Ahluwalia, Shweta Tiwari, Siddharth Jadhav amongst others who will be playing various characters whereas I will be the constant factor as a host."

While Manish is the host of the show, one of the actors from his show, Sunil Grover has been the focus ever since the news came out maybe because Sunil had abruptly quit his earlier show Comedy Nights with Kapil. What does Manish feel about the same? "I don't have any problem if everyone focuses on Sunil since he is a great actor and a friend. I am happy since at the end of the day we are all part of the same show and even if the focus is on one of us ultimately the show is getting highlighted." 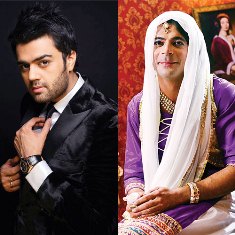 Recently, we saw Manish who has earlier been a host coming in on India's Got Talent Season 5 on Colors for just one episode. Can he do that now since he is part of another channel? "When they called me to come in as a special guest for one episode of the show I could not say no since I share a great rapport with the team. India's Got Talent and in fact the channel Colors has given me a lot so it was my way of saying thanks to them. And even after this show I can go on to work on other channels too since I am not into an exclusive contract with anyone. Star Plus has been very flexible and I like it that way," explains Manish.

Actors who go on to do Films after doing TV don't want to associate with TV later but that does not seem to be the case with Manish as he says, "I have just wrapped up the shoot for my next film Tere Bin Laden and am listening to couple of scripts too but I have no issues with doing Television in the meantime. I have no attitude like thinking about TV being a smaller medium."

However, Manish who has earlier done fiction shows too on TV is now interested in doing only non-fiction, "As far as it is non-fiction I will continue being a part of Television since I cannot do fiction on TV. Doing fiction on TV is creatively very irritating along with the longs hours associated with it and I appreciate those who can show so much of dedication but I am happy with doing films. I like the entire process of film making, the preparations done in advance, the workshops, everything."

But is he not worried about getting slotted into the comedy genre? "No, I don't think so since I have never done character get-ups or stand-up comedy acts. Even with Mad In India when the Star Plus team came to me saying we want a film actor to do this show I was very happy since they understood the things I would be comfortable with."

The witty actor gives a tongue in cheek reply to our last question as to why should we watch Mad In India? "Mad In India is full of entertainment and one should watch it for me & Sunil and all the fun you need!"

Faraan92 6 years ago Cant wait 4 da show to start.. i'm sure Shweta is gonna rock in it.. after all show mei glamour ka tadka lagayegi the 1 nd only Shweta tiwari :P hehe..

DelightedHeart 6 years ago wowww i am so excited :P after a long time Finally shweta is back on star plus yayyy :D can't wait 4 this show ;)

avi85.kaur 6 years ago shweta is coming in this show.
hey guys jis show or serial me shweta aati hai wo show khud he accha lagne lagta hai.
best of luck

Faraan92 6 years ago Too much excited to see Shweta on Star plus :P

dikshasingh 6 years ago cant wait to see shweta tiwari in MAD IN INDIA..all the best shweta.!!!

Kangana Ranaut is in Awe of Yogi Adityanath; Applauds his ...
21 minutes ago

Farhan Akhtar is excited to kick-off the opening match of ...
28 minutes ago

Arjun Bijlani on music video with Reem Shaikh: I feel Ishq ...
48 minutes ago