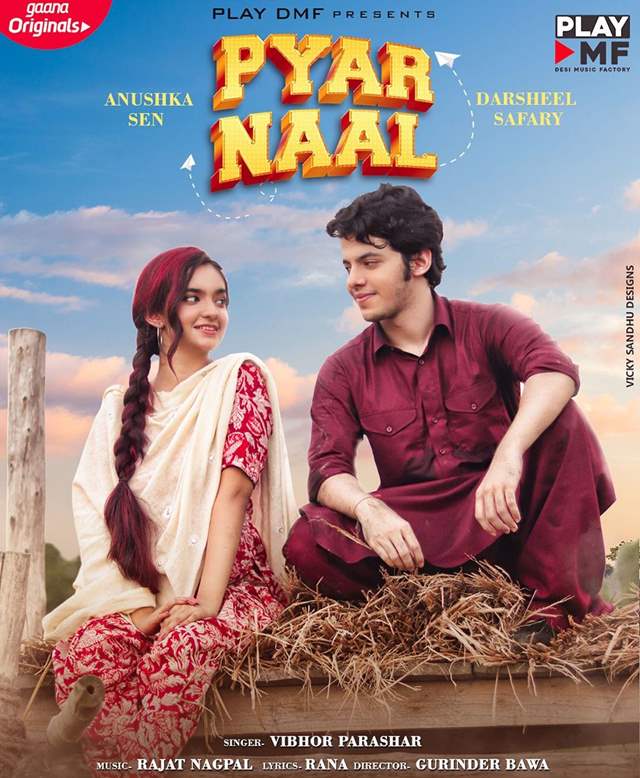 Ever since the announcement of their music video 'Pyar Naal', Anushka Sen and Darsheel Safary's fans cannot contain their excitement to see their favourites in the song. The song which was released yesterday i.e. 4th August received and overwhelming response from the audience.

The beautiful song is sung by Indian Idol 10 contestant Vibhor Parashar and the lyrics of the same is penned down by Rana. The music is given by Rajat Nagpal and it is directed by Gurinder Bawa. The song showcases the adorable and beautiful love story of a teenage couple.

Anushka & Darsheel's on-screen chemistry makes the song more appealing to the viewers and they light up the mood with each scene in the music video. The beautiful Punjabi track gives the viewers a soothing ride with their soulful lyrics and the music. The song also has a special reference to pubg & ludo and will showcase several little moments which will bring a smile to your face.

The beautiful & authentic locations of the shoot makes it a visual treat for the viewers. The song can definitely be added to your playlist and you may find yourself humming to the catchy tune of the same.

Have you seen the music video yet? What do you think of the same, let us know in the comments.

Anushka Sen's Next Music Video Launching on Her 18th Birthday

review
Review Shriya Pilgaonkar and Iqbal Khan steal the show away in the ...
18 minutes ago