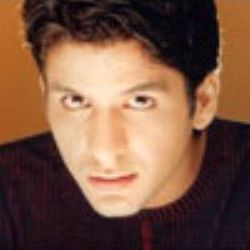 As we know, the story is going similar to the movie Aitraaz wherein the male lead is trapped by the charge of sexual abuse.

Our source informs Telly Buzz, " Puneet Vashisht made his presence yesterday on the sets of Tere Mere Sapne and is about to start shoot soon."

Elaborating on the track a source says, "As of now Kamya (Parul Chaudhary) has filed a case of attempt to rape against Sarju (Yash Pandit), and Kamya with her financial power bribes all the advocates and cops to stand against Sarju."

"Even after searching for a good advocate Radha (Ekta Tiwari) does not get any one to fight the case from Sarju's side. Eventually an advocate who is honest and passionate towards his work decides to fight the case and defend Sarju. The advocate's role will be played by Puneet Vashisht", adds our source.

We tried contacting Puneet Vashisht but he was not available for comments, while Yash Pandit confirmed the news of Puneet being part of the show.

yipee 9 years ago ok good...all the best to him..he is a gud actor