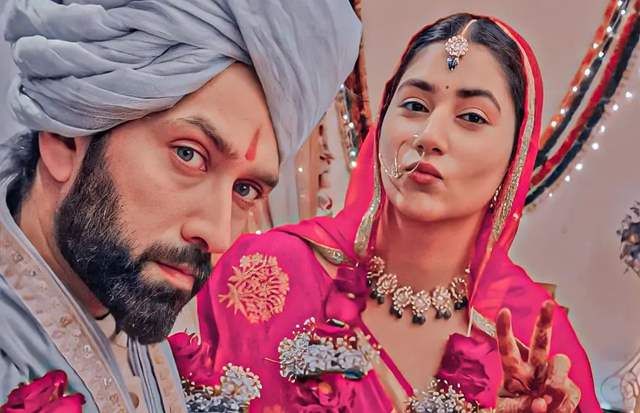 Sony TV show ‘Bade Achhe Lagte Hain 2’ is getting a lot of attention from the viewers. In the current track of Sony Entertainment Television’s popular fiction show Bade Achhe Lagte Hain – 2, viewers are eagerly waiting for the festivities to begin as not long after Ram (Nakuul Mehta) and Priya (Disha Parmar), Akshay (Pranav Misshra) and Shivina (Sneha Namanandi) have also tied the knot after lot of twists and turns. Also, Ram has been caught up in a huge mess because of a few allegations. In the forthcoming episodes, Priya will answer all the press questions and will bail Ram out of the mess with dignity.

In the upcoming episodes, Priya will cook a meal for Ram and his friends. Priya will cook delicious biryani for Ram and others. Ram who has always been addicted to eating mediacines will intend on having medicines to prevent acidity before having the food. Priya will stop him from doing the same. Ram states that in biryani, rice and oil are used which can cause acidity. Priya tells him that she took umpteen care before cooking the meal. She used brown rice and homemade ghee which will not be harmful for his health. Priya’s gesture will surprise Ram and his friends.

‘Bade Achhe Lagte Hanin 2’ is produced by Balaji Telefilms and has a stellar star cast including actors like Nakuul Mehta, Disha Parmar, Aditya Nagrath, Aanchal Khurana among others.

8 days ago Looking forward for RamYa's love story to begin !!

11 days ago So cute. Ramya are becoming couple goals

+ 3
11 days ago Can't wait for the misunderstandings to get cleared and all the negativity to end and Ram-Priya's actual journey to begin. Love Nakuul and Disha as PriRa they are doing an awesome job ❤️