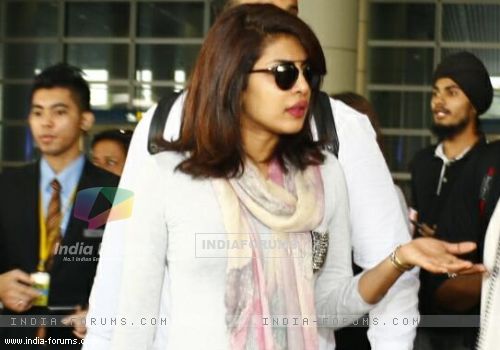 Priyanka Chopra hurriedly left the IIFA festivity is know to all. But little did we know the reason for her this negligant behavior.
News was making the rounds that Priyanka was unhappy about Anushka Sharma's performance on DDD songs. But this isn't the truth.
According to reports, Piggy Chops was upset over her accommodations. As compared to her male counterparts who received elegant arrangements she was denied the same. Also her team members faced this plight.
The macho girl also played a prank on other actors by waking them up at 4 am for a party. Her this stunt disturbed the peaceful sleep of the tired actors who were later annoyed by her behavior.
Well, PC needs to learn to differenciate between harassament and prank