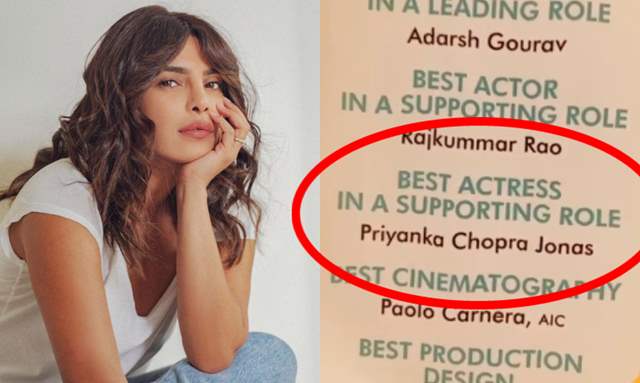 Actress Priyanka Chopra has been making it to the headlines ever since the trailer of her upcoming film ‘The White Tiger’ was released. She was recently showered with love from singer and actor hubby Nick Jonas who gave her upcoming film massive thumbs after he arranged a private screening for the film. As PeeCee is elated for the release of her Netflix movie, on Wednesday, she shared pictures and videos of the screener package she received.

The makers also attached a 'For Your Consideration' leaflet along with the screener which asked the awards academies and associations to consider the film and its team for the upcoming awards season.

Taking to her Instagram stories, The Sky is actress shared a video for the same, as she tagged the team of The White Tiger. 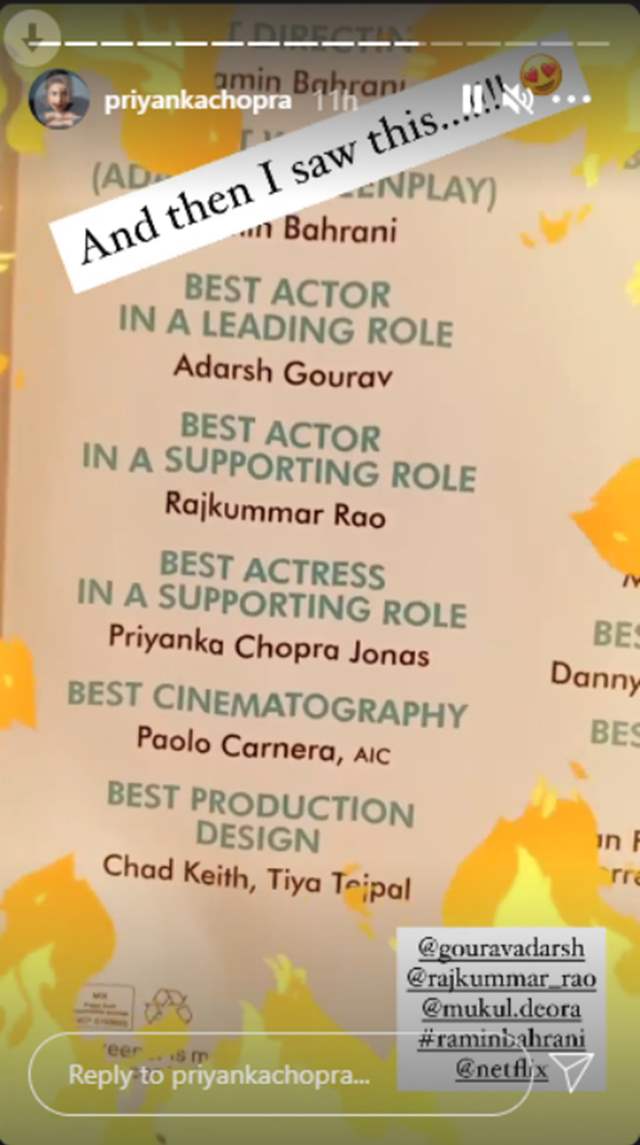 In other news, Priyanka recently shared an unseen picture from her teens. The actress is currently promoting her memoir Unfinished and she has been sharing pictures from the past along with trivia about her life ever since she announced its launch.

Priyanka Chopra shares an unseen picture from 1999; Guess who is ...