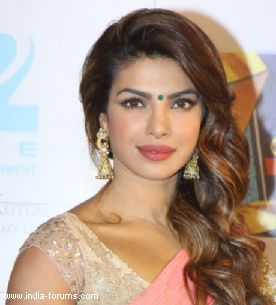 Bollywood's 'desi girl' Priyanka Chopra's talent and popularity has landed her a new endorsement. She has been named the brand ambassador of Rajnigandha Silver Pearls - saffron blended, silver coated cardamom seeds from the house of DS Group.

It celebrates the little gestures of goodness that people make despite a hectic day-to-day life with the slogan "Achai ki ek alag hi chamak hoti hai". The new catchphrase re-emphasizes the brand's belief that real goodness always shines through in our words and deeds, read a statement.

Priyanka agrees with the belief.

"There is an innate goodness in all of us and I think in today's time its hugely important to spread as much love and positivity as possible. I am delighted to have been chosen as the brand ambassador of Rajnigandha Silver Pearls," said the 31-year-old.

Talking about the product, she said: "It not only delicious and refreshing, but also a brand that promotes such positive messages, which is something the world really needs."

The National award winning actress, who turned to singing with international singles like "Exotic" and "In my city", was chosen to represent the product "as she is an epitome of a global achiever and at the same time a grounded and humble person who is always ready to give time and effort for a good cause".

The ad film has been created by Dentsu Marcom and narrates the story of a successful filmstar, who has a massive following because of her inherent goodness. It shows interwoven scenes that narrate examples of little acts of goodness.