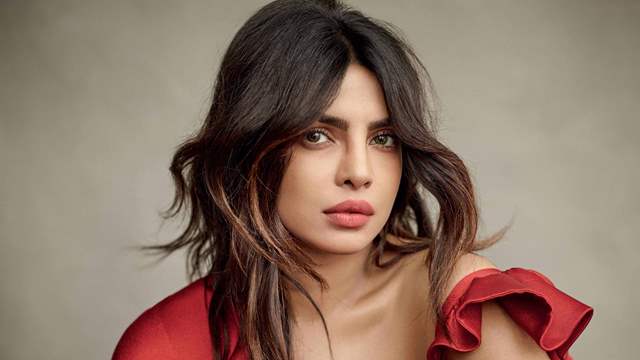 Bollywood actress Priyanka Chopra always keeps herself occupied with her different ventures. The actress already owns a restaurant and had recently launched her new homeware range last month, but going by the latest social media reactions, many found the price tag a little too 'exotic'.

Netizens expressed their shock and disbelief on social media over the expensive rates of their products.

A user wrote, "...I was down to splurge on it bc I've been wanting new dinnerware but $60/per plate. Miss Chopra, you crazy."

Another user commented saying, "I wanna be rich to a point where I can casually buy a SONA HOME tablecloth worth 30K INR" 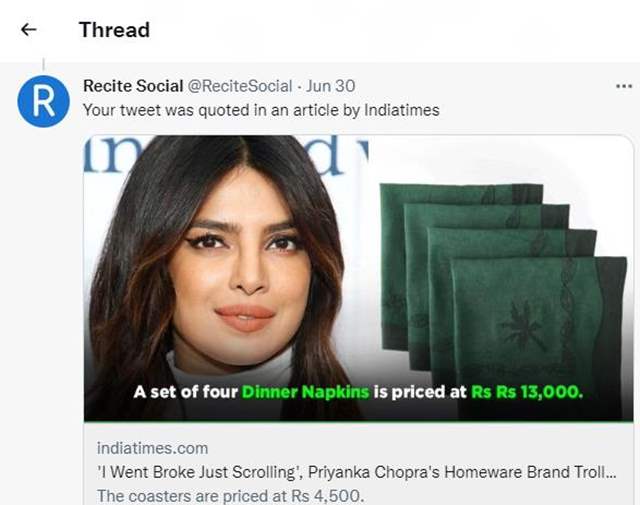 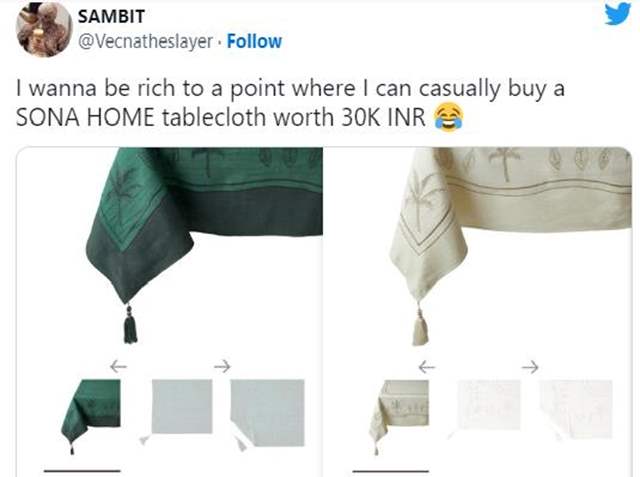 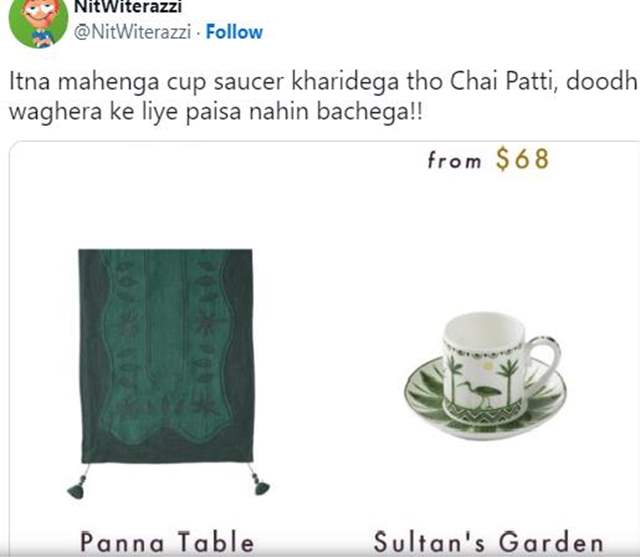 For the unversed, PeeCee, announced her new venture on Instagram she also stated her reason behind doing so was to bring a piece of India into everything she does. Well, seems $ 400 for a tablecloth might not raise eyebrows in LA but the actor’s fans back in her home country were left stunned by the pricing of her products.

+ 14
3 months ago Who cares? If someone can afford the price, he will buy the item. It’s as simple as that