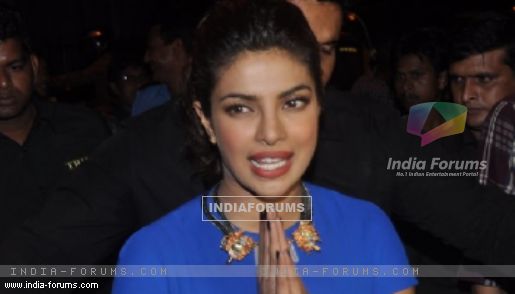 Priyanka is in the capital to promote the movie at multiple locations and she took time out to meet Gadkari, the union road and highways and rural development minister, Tuesday afternoon, a source from the "Mary Kom" team, told IANS.

The film, slated to release on Teacher's Day Friday, has been already got tax exemption in Maharashtra and Uttar Pradesh. Now the actress is hoping that the Delhi government declares the movie tax-free as well.

For now, Priyanka is looking forward to the movie's world premiere at the Toronto International Film Festival Thursday. She will be attending the gala.

Directed by debutante Omung Kumar and co-produced by Viacom18 Motion Pictures and Sanjay Leela Bhansali, "Mary Kom" is among the most awaited Bollywood films of the year.