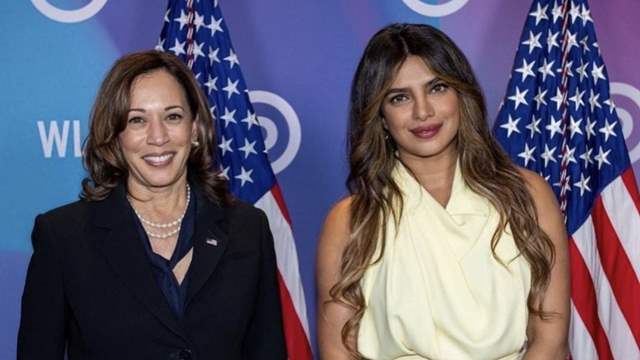 Global icon Priyanka Chopra is known for her upfront thoughts ans opinions about women and their rights. The actress has never failed to impress us with her strong stand on feminism.

From fulfilling her duties as a UN ambassador to speaking up about the survivors of the Ukraine War to presenting the opening remark at UN General Assembly to now getting to interview the esteemed US Vice President Kamala Harris, Priyanka Chopra has done awe inspiring work

Her recent most inspirational moment happened to be at the White House where she was interviewing Kamala Harris. The topic in question was Women’s rights and the need for women in the government. During this very interview the global icon confided that after having been an actress for nearly two decades, it is only this year that she has had the same pay as her male co-stars. The talented actress who has a thriving career across Bollywood and Hollywood shed light on the struggle of power and the necessity of equal pay amongst many other important social issues encountered by a woman.

Needless to say, she has been an inspiration to many young women across the world and continues to advocate for the rights of the marginalized. Her role as a UN Ambassador has proven to be utterly important and motivational for the coming generation.

+ 3
1 months ago What does it matters to Priyanka in all this?