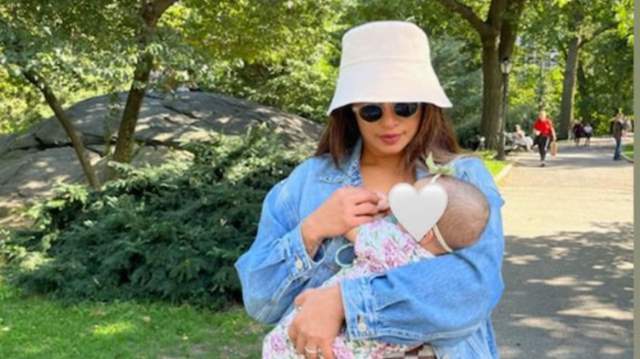 The Bajirao Mastani actress makes certain to occasionally showcase her darling daughter Malti Marie Chopra Jonas to her social clan, despite the fact that the celebrity couple has not yet revealed her face.

Chopra is presently in New York for the United Nations General Assembly.  She is one of the presenters at the international event  who was chosen by UNICEF in 2016 to serve as its Goodwill Ambassador. Malti Marie, her nine-month-old baby, is with her, and the actress has been expertly balancing her personal and professional lives. She  is making every attempt to cherish her time in New York with her daughter. She recently uploaded a picture of them strolling in the park. 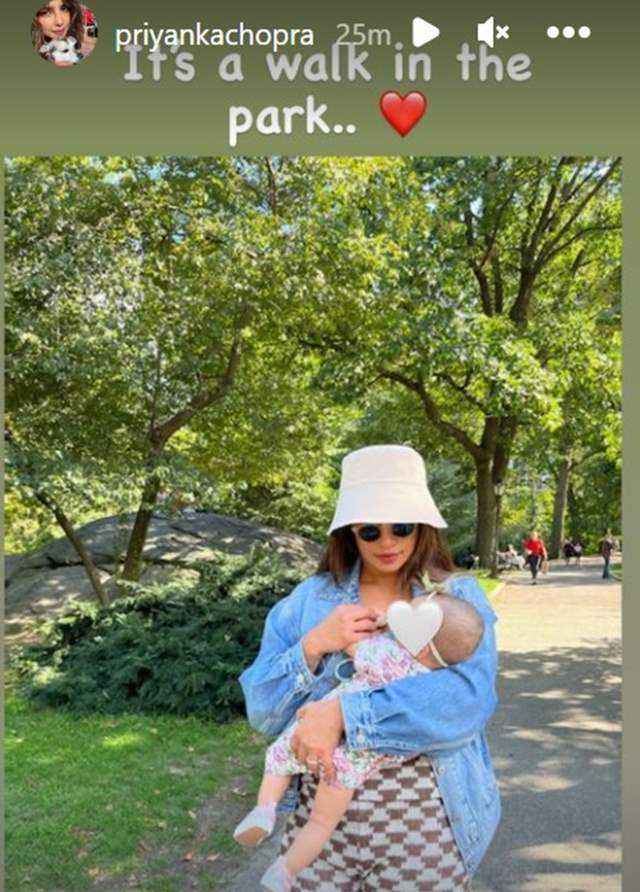 In the story shared by Chopra, she can be seen holding Maltie in her hands while walking in the lush green parks. She is suited elegantly and casually. PeeCee can be seen sporting an abstract print pair of tights and a denim blazer. She looked stunning with her tresses loose, and completed the outfit with a white bucket hat and black sunglasses. Malti, on the other hand, was covered by a white love emoji and looked cute in a frock with floral print. Sharing this image, Priyanka wrote, “It’s a walk in the park”.

In terms of her professional life, Priyanka Chopra will next be featured in Alia Bhatt and Katrina Kaif's Jee Le Zaraa, directed by Farhan Akhtar. She will also appear in the romantic comedy It's Coming Back To Me and the spy thriller Citadel.