June, as we all know, is known as the month of weddings. Tying the knot with your partner has to be one of the most beautiful things in the world, but we desis know how to make our weddings one heck of a party! While normal wedding celebrations last for a day or two; desi weddings could take anywhere from between three days to a week, sometimes even more! From the roka to the sagaai to the sangeet to the shaadi in itself, Bollywood leaves no stone unturned in making the whole affair appear larger than life! And why not? After all, Bollywood is known to make things on a grand scale, and such is the case with the portrayal of weddings on-screen as well. So sit back, relax and read on as BollyCurry presents to you the different pre-wedding rituals as shown on-screen! 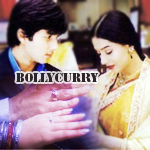 Engagement, or more commonly known as the sagaai, is the formal announcement wherein both the bride and the groom formally agree to tie the knot. While an engagement in itself isn't a formal ceremony in many parts of the world, many cultures in South Asia view this as an important step towards marriage. Some families choose to celebrate it as a lavish affair, while some choose to keep it small and simple, just involving members of the immediate family. One of the most poignant Bollywood scenes depicting this ceremony is in the blockbuster film Vivah (2006), where Poonam (Amrita Rao) and Prem (Shahid Kapoor) exchange rings in a simple ceremony at Poonam's maternal home. 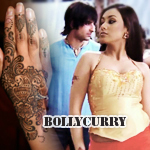 Once the relationship between the bride and groom has been formalised, then the real fun can begin! First up is the mehendi ceremony, where henna is applied onto the hands and feet of the bride and groom to be. The ceremony stems from the age old traditional belief that henna is one of the sixteen adornments decorating a bride, without which her ensemble and beauty is said to be incomplete. In current times, however, henna is applied just to decorate the bride's hands and feet and to make her look all the more beautiful. Shagun ki mehendi is also applied to the groom's hands, as applying henna is said to be very auspicious for the couple-to-be. This ceremony is celebrated with a lot of pomp and fanfare, with the relatives and friends taking to the floor in an impromptu song and dance routine. A memorable Bollywood mehendi sequence is seen in the Rani Mukherjee-Saif Ali Khan starrer Hum Tum (2004), where the bride and her friends burst into a song-dance sequence, joined by the bride-to-be's mother (Kirron Kher) and other older members of the family. 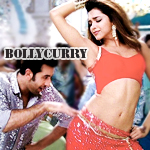 Up next is everyone's favorite pre-wedding ceremony, the sangeet. The South-Asian sangeet is synonymous to the Western cocktail party or the rehearsal dinner; terms which are associated with a pre-wedding banquet hosted by the bride and groom-to-be and their respective families. Given that South Asians love our naach gaana, more often than not, this event turns out to be a lavish affair with all the relatives of the couple-to-be taking center stage to shake a leg and maaro a thumka. The most recent Bollywood sangeet sequence would be from the superhit film Yeh Jawaani Hai Deewani (2013). In this sequence, the entire company of the bride and groom-to-be shake a leg on the dance floor, be it the little kids, elderly aunts and uncles, the bride's best friends or the groom himself; and it ended with the entire wedding party grooving to the beats of the popular number "Dilliwaali Girlfriend". 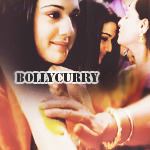 The sangeet ceremony is followed by the haldi ceremony, where a paste of turmeric and other organic products are applied onto the body of the bride and groom. Turmeric is said to be very good for the skin and applying it onto the body is deemed to bring out the glow. More often than not, this ceremony is treated as an instance for friends and young relatives of the couple-to-be to smother the intended with the paste and just have a lot of fun. However, this ceremony also brings out the emotional side in older members of the family as the advent of this ritual kick-starts the actual wedding ceremony. In many Bollywood movies, we've seen members of the family sport shining eyes as they apply turmeric onto their beloved child. Possibly one of the most beautiful haldi sequences in Bollywood has been shown in the popular film Kal Ho Naa Ho (2003), where Jenny (Jaya Bachchan) and Laajo Kapur (Sushma Seth) are applying haldi on Naina (Preity Zinta). This scene is extremely emotional because both Jenny and Naina knew that Aman (Shah Rukh Khan) is breathing his last and has helped Naina marry Rohit (Saif Ali Khan) because of his immense love for her. Possibly the most beautiful part of the scene is when Aman approaches to apply haldi on Naina's cheek, but ends up pecking her instead. The sad version of the title track playing in the background only serves to heighten the emotions displayed in this scene, which is why this scene remains one of the most iconic scenes in Bollywood.
Aside from all these ceremonies, there are a lot more pre-wedding rituals that are specific to each community such as the roka, kelvan, griha shanti, all which are equally meaningful and have been depicted beautifully in Bollywood movies. For obvious reasons, however, it was not possible to list these ceremonies in this article.
Which is your favorite pre-wedding ritual sequence from a Bollywood movie? Comment below and let us know! Till then, keep following BollyCurry for more articles on weddings and Bollywood!
Author: Ritchelle C.
Editor/s: Mohini N. and Jenifer Y.
Graphics: Shikha A.
Do you have a suggestion or comment for BollyCurry? Drop us a PM at BC_Dropbox today.
16 Likes