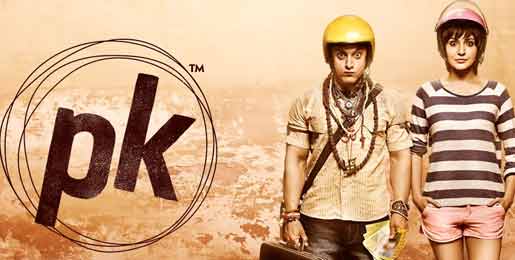 After making waves at the Indian box office, Bollywood superstar Aamir Khan's "PK" has struck gold in China by amassing a massive $15.94 million since its release.

The Rajkumar Hirani-directorial released in China on May 22 in 5,400 screens across the country.

Trade analyst Taran Adarsh also stated the figures and lauded the film for setting a benchmark for Indian cinema.

The film, which also stars Sanjay Dutt, Anushka Sharma and Sushant Singh Rajput, questions people's blind faith in godmen. It also turned out to be the highest grossing Indian film in Australia, New Zealand and Pakistan, and the highest grossing foreign language movie in North America in 2014.

Incidentally, Aamir has been a part of all top three highest international grossers for an Indian film -- "PK", "Dhoom 3" and "3 Idiots".